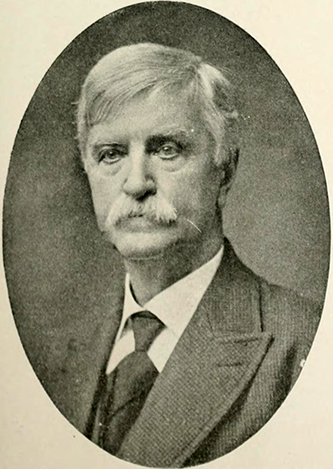 George Doherty Johnston, lawyer, mayor, legislator, Confederate officer, and educator, was born in Hillsborough, presumably at Heartsease, on East Queen Street. His father was George Mulhollan Johnston, a planter and surveyor, and the son of George and Martha Mulhollan Johnston. His mother was Eliza Mary Bond, the daughter of William H. and Frances Wilson Doherty Bond, and the granddaughter of Major George Doherty, a colonial officer. Her grandmother was Mary ("Polly") Freeman Burke, the widow of Governor Thomas Burke by her first marriage.

In August 1834 the family, accompanied by Miss Mary Williams Burke, a colorful great-aunt who was self-educated and took it upon herself to teach the local children, moved to Greensboro, Ala., where after only two weeks George's father died unexpectedly. The Court of Perry County awarded Miss Burke the guardianship of young George, whom she raised and taught while also looking after her beloved niece, George's mother. The family then settled in Marion, Ala., and George went on to attend Howard College. He was graduated in law at Cumberland University, Lebanon, Tenn., thereafter establishing a practice in Marion in 1855. Interested in local politics, he became mayor of Marion in 1856 and represented Perry County in the state legislature in 1857–58.

With the approach of the Civil War Johnston became a second lieutenant in Company G, Fourth Alabama Regiment, which saw action at the Battle of First Manassas in Virginia. In January 1862 he was commissioned major in the newly organized Twenty-fifth Alabama Regiment, stationed at Mobile, in the army of General J. M. Withers. In the early spring this force joined General Albert S. Johnston's Army of the Mississippi and took part in the Battle of Shiloh, 6–7 Apr. 1862. During the battle the Twenty-fifth Alabama's commander, Colonel J. Q. Loomis, was wounded, and Major Johnston assumed command of the regiment, afterwards winning promotion to lieutenant colonel. Johnston led the regiment in some minor engagements and in the autumn of 1862 accompanied General Braxton Bragg's army on the Kentucky campaign, although it did not participate in any of the fighting. In the Battle of Murfreesboro during 31 Dec. 1862–2 Jan. 1863, Johnston led the regiment as a part of the First Brigade of General Withers's division; there he lost 105 men, a considerable portion of the regiment's original strength.

In September 1863 Johnston received a richly deserved promotion to the rank of colonel. On the nineteenth and twentieth of that month he led the regiment in the bloody Battle of Chickamauga as a part of General Z. C. Deas's brigade, Hindman's division. Here the regiment lost 110 out of 330 men sent into battle. In the Battle of Chattanooga Johnston fought on Missionary Ridge, 23–25 Nov. 1863, and then commanded the regiment during the grueling Atlanta campaign with such distinction that his superiors, generals Johnston, Hood, and Hindman, urged his promotion to brigadier general and brigade commander. In the brutal Battle of Atlanta on 22 July 1864, the gallant charge of his regiment broke through the Union lines and resulted in the capture of two flags, a 350-stand of small arms, and more prisoners than he had men in his regiment. For this his promotion was again urged by generals Bragg, Hood, Cheatham, and Brown. At last on 26 July 1864 he received the rank of brigadier general under a Confederate law providing for general officers of temporary rank, to rank from the same date (confirmed 21 Feb. 1865). 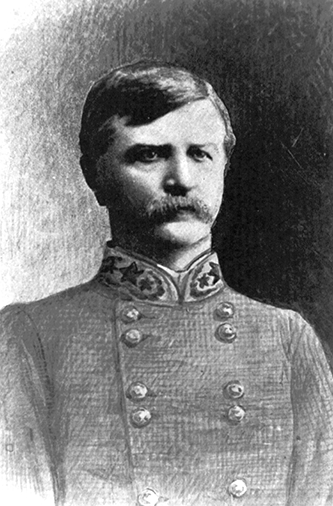 When he received notice of the promotion Johnston was leading Deas's old brigade—consisting of the Nineteenth, Twenty-second, Twenty-fifth, Thirty-ninth, and Fiftieth Alabama regiments and the Seventeenth Alabama Battalion Sharpshooters—in the Battle of Ezra Church, 28 July 1864. About three hours later he was seriously wounded by a bullet through his leg, but, supporting the wounded limb in his bridle rein, he continued to command the brigade until exhausted. He later accompanied Hood's army into Tennessee, although on crutches most of the time. After General William A. Quarles was wounded in the Battle of Franklin on 30 Nov. 1864, Johnston was assigned to command his brigade, consisting of the First Alabama, the Forty-eighth Tennessee, and consolidated Tennessee regiments. Johnston led this brigade in the Battle of Nashville, 15–16 December, and served in the rear guard during the retreat.

During the campaign through the Carolinas, Johnston continued to lead Quarles's brigade and fought in the Battle of Bentonville during 19–21 Mar. 1865. Here, and for a time afterwards, he led the division of General E. C. Walthall until the reorganization at Goldsboro. Just before the surrender of the Confederate Army commander, General Joseph E. Johnston, to Sherman, he refused to capitulate and made his way west to join the forces of Lieutenant General Richard Taylor in Alabama. No parole record for him has ever been found.

After the war Johnston returned to Marion, Ala., and resumed his law practice in partnership with John F. Vary. He remained in Marion until 1868 when, after living in Dallas County for a time, he moved to Tuscaloosa. There he was commandant of cadets at the University of Alabama and later superintendent of the South Carolina Military Academy. He also served as U.S. Civil Service commissioner during the second term of President Grover Cleveland. Johnston engaged in expanding the subscription list to the series known as the Southern Historical Society Papers and was listed as its "General Agent." He returned to Tuscaloosa and was elected to the state senate.

Johnston died and was buried in Tuscaloosa. His first wife was Euphradia Poellnitz, and after her death he married Stella Searcy, who survived him.