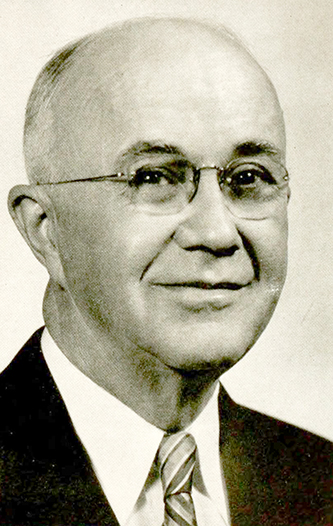 James Lineberry Jenkins, clergyman, educator, and college president, was born in Stanly County, the son of Lewis and Elizabeth Jenkins. He was graduated from Wake Forest College in 1910 and was principal of Southport High School from 1910 to 1912. After attending Southern Baptist Theological Seminary in Louisville, Ky., in 1913, he served as pastor of the Parkton Baptist Church in Robeson County for seven years. During the period 1920–23 he was an evangelist under the Baptist State Mission Board, and from 1924 to 1927 he was pastor of a church in Umatilla, Fla. Returning to North Carolina, he became pastor of Boiling Springs Baptist Church where he served until his retirement in 1952. During some of this time he also served other nearby churches.

In the depression years of 1932–35, Jenkins was the unpaid president of Boiling Springs Junior College (now Gardner-Webb College). He also was head of the college's Bible department for several years, and both before and after his retirement he taught homiletics to hundreds of ministers at Fruitland Bible Institute near Hendersonville. In 1951 he was president of the North Carolina Baptist Pastors' Conference.

In 1918 Jenkins married Kate McArn Watson, a 1912 honor graduate of Meredith College and niece of the poet John Charles McNeill. They were the parents of four children: James L. (Jay), Jr., Catherine Watson, Ella McNeill, and Elizabeth Lewis. Jenkins was buried beside his wife, who died in 1946, in Spring Hill cemetery near Wagram, Scotland County.