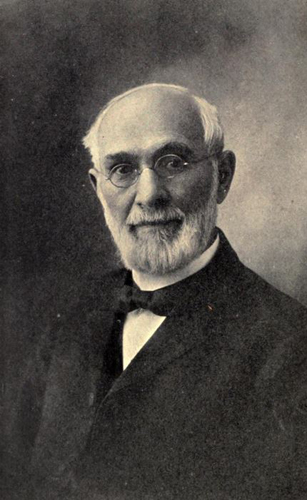 Allen Jay, Quaker minister, was born in Miami County, Ohio, the son of Isaac Jay and Rhoda Cooper Jay. His grandparents were from North Carolina. Jay's early schooling was limited to a few months each year, with visiting Friends exerting a vital influence in his life. On 20 Oct. 1854 he married Martha Sleeper. Greenfield (Ohio) Monthly Meeting recorded him as a minister on 21 June 1864. "In the love of the gospel" he visited meetings and families extensively throughout Ohio, Tennessee, and North Carolina, as well as attending the Baltimore and North Carolina Yearly Meetings.

The Baltimore Association of Friends was founded in 1865 to assist and advise the Friends of the southern states. Its specific purposes were to give immediate relief to distressed Quakers in North Carolina through gifts of food and shelter; to repair and rebuild homes and meetinghouses; to restore schools in Quaker communities, and supply teachers and equipment; to set up teacher training institutes; and to conduct agricultural demonstrations, especially on operating a family farm successfully. Allen Jay was called by Francis T. King of the Baltimore Association in the summer of 1868, and he traveled widely in its behalf with good results. The farm of Nathan Hunt at Springfield (Guilford County, N.C.) was bought and made into a model farm where demonstrations and annual institutes attracted farmers and distinguished guests, including the governor. The Baltimore Association was responsible for the establishment of 44 schools with an enrollment of over 3,000 students taught by 65 well-trained teachers. Fifty-eight meetinghouses were restored and farmers saw, believed, and began to practice a new type of life.

As a result of these activities, the Society of Friends came into a new and more vigorous spiritual life in North Carolina. It is said that had it not been for the Baltimore Association and the efforts of Allen Jay, no Friends Meeting might have survived. Allen Jay High School and the Allen Jay Home in Guilford County are memorials to Allen Jay.