Randall Jarrell, poet, critic, and teacher, was born in Nashville, Tenn., the son of Owen and Anna Campbell Jarrell. Owing to his parents' divorce, much of his childhood through 1927 was spent in central and southern California. Returning to 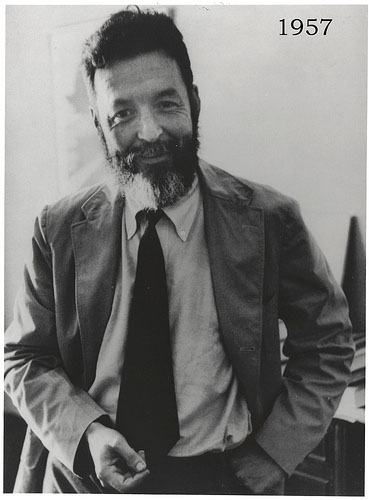 Nashville in 1928, he attended high school and was graduated from Vanderbilt University with a B.S. degree in psychology in 1935. During the next two years he pursued graduate work at Vanderbilt, where he fell under the spell of the famed Fugitive and Agrarian poets. With the growth of his own poetic skills, he won the Poetry Prize from The Southern Review in 1936.

Jarrell taught at Kenyon College in Gambier, Ohio, from 1937 to 1939, beginning a long career in the classroom and forming lasting friendships with John Crowe Ransom and the young poet Robert Lowell. In 1938 he received an M.A. degree in English from Vanderbilt; his thesis was on the poet A. E. Housman. After leaving Kenyon, Jarrell taught at the University of Texas until 1942, when he published his first collection of poems, Blood for a Stranger. In 1940 he married Mackie Langham, who also taught in the English Department at the University of Texas, but they were divorced in 1951.

World War II claimed Jarrell's time from 1942 to 1946. He aspired to be a pilot but ultimately served in the Air Force as a Celestial Navigation tower operator, principally in Arizona. Even these years were productive for his poetry; in fact, his second volume of verses, Little Friend, Little Friend (1945), grew directly from his war experiences and feelings about the war. Its best-known poem is the last, "The Death of the Ball-Turret Gunner."

Immediately after the war Jarrell received a Guggenheim Fellowship, the culmination of growing critical acclaim which included the Jeanette Sewall Davis Prize from Poetry magazine and the John Peale Bishop Memorial Literary Prize from The Sewanee Review. Combining his triple role as creator, critic, and teacher, Jarrell taught at Sarah Lawrence College in 1946–47 while continuing his writing and serving as literary editor of The Nation.

In addition to his classroom activities, Jarrell's interest in the arts spurred the founding of a literary magazine, Analects, at Greensboro to which he contributed a number of his own works. In 1948, his first full year of residence in North Carolina, Jarrell published his third volume of poetry, Losses, with the fourth, The Seven-League Crutches, appearing in 1951. Of Losses, Poetry magazine stated: "The book contains war poems quite as good as any written in this century."

On 8 Nov. 1952, Jarrell married Mary Eloise von Schrader, who later wrote a memoir of their marriage and assisted in his posthumous publications.

As an outgrowth of his years as literary critic for The Nation and The Partisan Review, Jarrell's first book of literary criticism, Poetry and the Age, appeared in 1953. During the next decade he was a judge of such literary contests as the National Book Awards, was poetry critic for The Yale Review (1955–57), and was a member of the editorial board of The American Scholar. From 1949 until his death Jarrell was involved in selecting, editing, introducing, and sometimes translating works as diverse as Anton Chekhov's The Three Sisters, fairy tales of the Brothers Grimm, two collections of Rudyard Kipling's stories, Christina Stead's The Man Who Loved Children, and Selected Poems by William Carlos Williams.

In 1954 the poet Jarrell's versatile talents took another turn with the publication of his only novel, the satiric Pictures from an Institution, a Comedy, based on years of academic observations. The next year there appeared Selected Poems, published by Knopf, followed by The Woman at the Washington Zoo: Poems and Translations in 1960. Another prose effort, A Sad Heart at the Supermarket: Essays and Fables, was published in 1962. A second volume of Selected Poems, this published by Atheneum, came out in 1964. Perhaps it was his i 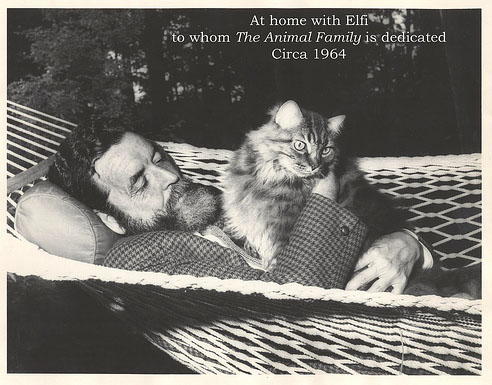 nterest in fairy tales as a "metaphor for life" as well as his belief in the universal relevance of poetry that inspired Jarrell to write three sensitive children's books, The Bat-Poet (1964) and The Animal Family (1965), both illustrated by Maurice Sendak, and The Gingerbread Rabbit (1964). For The Bat-Poet he won the American Association of University Women Children's Book Award.

In 1965, the year of his death, there appeared the last new collection of poems, The Lost World, for which he received the Roanoke-Chowan Poetry Award. His widow, Mary Jarrell, describes his final year: "Signs of Randall's nervous breakdown had begun, but they fooled us into explaining them in other terms. Before the worst of it happened, he was granted a few magic weeks of Lisztian virtuosity." During the last months of his life Jarrell was teaching at The University of North Carolina, Chapel Hill. One night, as he walked along a dark road in the town, he was struck by a car and killed. Jarrell was buried in New Garden Friends Cemetery, Greensboro.

His posthumous works include The Third Book of Criticism, published in 1969, and The Complete Poems, published in the United States in the same year and in England in 1971. The Achievement of Randall Jarrell: A Comprehensive Selection of His Poems with a critical introduction by Frederick J. Hoffman appeared as part of the Modern Poets series in 1970, and Jerome, the Biography of a Poem, based on Jarrell's original contribution to Analects in 1960, was published in 1971. Unfinished at his death were anthologies, translations, individual poems, and another children's book.

Mary Jarrell, "The Group of Two: A Memoir of a Marriage," Harper's Magazine, April 1967.

Karl Jay Shapiro, Randall Jarrell: Lecture with a Bibliography of Jarrell Materials in the Collections of the Library of Congress (1967).