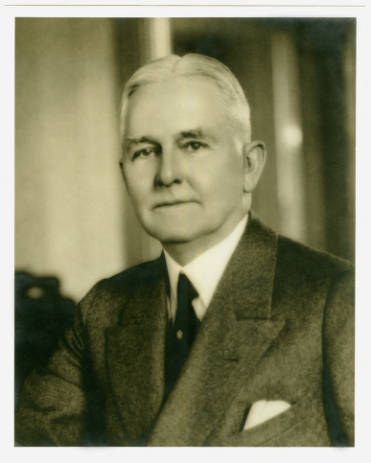 John Sprunt Hill, philanthropist and banker, was born near Faison, the son of William Edward and Frances Diana Faison Hill. Among prominent relatives were his grandfather General William Lanier Hill and his great-uncle Governor Edward Bishop Dudley. At age twelve he completed the course at Faison High School and, being too young for college, he worked as a clerk until entering The University of North Carolina in 1885 as a freshman. In Chapel Hill he was active in extracurricular activities, especially in the Dialectic Society of which he was president. He shared highest honors in his class and was graduated with a Ph.B. degree in 1889. Returning to Duplin County, Hill taught in local schools until 1891, when he returned to the university to study law. The following year he entered the Columbia University Law School, from which he was graduated in 1894.

After a brief association with the New York City firm of Peckham and Tyler, Hill established his own law firm, Hill, Sturcke, and Andrews. While attorney for a finishing school in New York, he met Annie Louise Watts, of Durham, the only daughter of George Washington Watts. They were married on 29 Nov. 1899, and became the parents of George Watts, Laura Valinda, and Frances Faison.

At the outbreak of the Spanish-American War, Hill enlisted in New York Troop A as a private and served in the Puerto Rican campaign. In 1900 he unsuccessfully sought a seat in Congress on the Democratic ticket in a traditionally Republican section; afterwards he worked as a legal counsel for Tammany Hall. Owing to his father-in-law's illness, Hill left New York in 1903 to settle in Durham, taking over Watts's management of the American Tobacco Company. In the same year he also established the Home Savings Bank and the Durham Bank and Trust Company.

At this time Hill turned his attention to local improvements, with particular emphasis on The University of North Carolina as well as Durham civic life. In Chapel Hill he outlined his concerns at the commencement of 1901 in a speech entitled "Needs of the University"; he was elected to the board of trustees in 1905. The university was a substantial beneficiary of Hill's interest in North Carolina history: in 1891 he established a Hill Prize, in 1905 he donated a scholarship, and in 1906 he endowed the North Carolina Collection. In later years he obtained a permanent home for the collection through his efforts to build a new library at the university in the late 1920s, capping these achievements with the founding of the Friends of the Library organization. 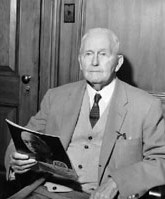 For the benefit of the university and its alumni, Hill also built the Carolina Inn in 1924. When the university library was moved to its new quarters, the old Carnegie Library was converted into Hill Music Hall at the urging of Hill and his wife. In addition, Hill was chairman of the university trustee committee on university buildings during the growth period of 1923–31. Later he patronized the University Press. In recognition of his continuing service to the university, he was awarded an honorary doctor of laws degree in 1933.

In Durham, Hill coupled business interests with civic improvements. Besides his banking activities, he was a director of Erwin Mills (1916–46) and of Home Security Life Insurance. He served on the Durham Board of Aldermen (1908–10) and on the board of the Durham Public Library. From 1933 to 1938 he represented Durham in the state senate. Whether in an official or private capacity, Hill worked to improve the city of Durham, donating playgrounds, the Durham Athletic Park, the Hillandale golf course, and numerous parks and other gifts, including contributions to Watts Hospital and founding funds to the Research Triangle Institute.

Hill made lasting contributions to the state. In many speeches, including a report on the "Needs of North Carolina Farmers with Regard to Credits, Marketing and Cooperation," he championed the formation of rural credit associations, culminating in the passage of the Credit Union Act of 1915 by the state legislature. Shortly afterwards he established a rural credit association at Lowe's Grove in Durham County. In 1920 he entered the program for better roads with a speech before the Good Roads Association and then served on the State Highway Commission (1920–31). In a speech before the North Carolina Forestry Association in 1920, Hill urged the state to build up forestry stocks for greater profits while providing for the conservation of natural resources. Hill was also a strong advocate of prohibition. A devout Presbyterian and supporter of a pious religious life, he pushed for the State Alcoholic Beverage Control system as a rational approach to the problem and control of liquor.

Hill's interests extended beyond North Carolina. In 1913 he was a delegate to the International Congress of Foresters, held in Paris, from which stemmed his concern for forestry and natural resources in general. In countless speeches Hill pressed for improvements in these areas not only in North Carolina but in the South and the United States as well. He was a fellow of the American Geographical Society and held memberships in the American Institute of Genealogy and the American, North Carolina, and Virginia Historical societies. For many years, he served as a trustee of the Union Theological Seminary in Richmond, Va.

The philanthropist was active until his death at age ninety-two from the complications of pneumonia. He was buried in the Hill family plot in Maplewood Cemetery, Durham. The citation on his honorary degree stated of Hill: "A builder without vainglory, a fighter with abandon but without guile, a dreamer whose youthful dreams go daily into the making of a better University and a more beautiful state."

Beneath Our Feet, Museum of Durham History: http://museumofdurhamhistory.org/beneathourfeet/people/HillSJohn

Just wanted to let you know

Just wanted to let you know there are at least two bad links on this page: the first one, about the historical marker, and the fourth one, about his house. But these are small matters compared to this COVID business! And speaking of priorities: this is a good time to let y'all know how much I appreciate all your hard work. You're the best. What would we history nerds do without NCPedia?