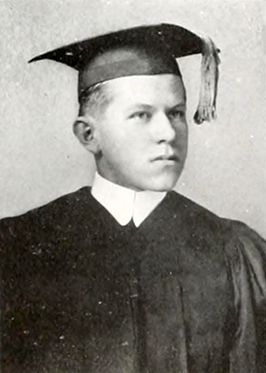 Francis James Heazel, lawyer and civic leader, was born in Page County, Va., the son of James F. and Catherine Morrisey Heazel. After attending Mount St. Mary's College in Emmitsburg, Md., he received the LL.B. degree from Washington and Lee University. Before opening an office in Asheville, N.C., he practiced law in Roanoke, Va., and in Kingsport, Tenn. Long active in civic affairs, he was president of the Asheville Area Chamber of Commerce and held virtually every office in the United Fund; he was also involved in community hospital leadership. He served on the Sinking Fund Commission and the North Carolina National Park, Parkway, and Forest Development Commission.

For the mountain region in the early 1940s he helped to organize the Western North Carolina Associated Communities and was chairman of its project committee. A major accomplishment of this group was to transform the life of the Eastern Band of the Cherokee through the Cherokee Historical Association, a non-profit corporation chartered by the state, which produced the highly successful outdoor drama, Unto These Hills. With the support of Chief Jarrett Blythe of the Cherokees, the enterprise from the first season far exceeded the expectations of its organizers. Heazel's financial experience helped conserve the proceeds for an equally successful venture nearby, led by association chairman Harry E. Buchanan. Oconaluftee Living Village drew an even larger attendance; its earnings paid for a scholarship program for young Cherokees such as Amanda Crowe, who became a renowned wood sculptor.

Perhaps the source of his greatest pride came near the end of Heazel's life—a new home for the Samuel E. Beck Collection of museum pieces, which had been housed in a wooden building. With assistance from principal chief John A. Crowe and tribal council chairman Jonathan Ed Taylor, Heazel drew up a legal instrument to provide control of a substantial museum with a board of tribal council members and trustees of the Cherokee Historical Association. Associate chairman Frank A. Brown took an active part in securing state funds for the museum building. Its design won an award of distinction from the state association of architects.

As a Roman Catholic layman, Heazel was national treasurer of the Knights of Columbus. In recognition of his services, he was appointed to the Papal Order of Knights of St. Gregory by Pope Pius XI.

Heazel and his first wife, Anna Flanagan, had two daughters, Mary Gertrude and Anna Catherine, and a son, Francis J., Jr. After Mrs. Heazel's death, he married Jane Harwell Rutland who survived him.