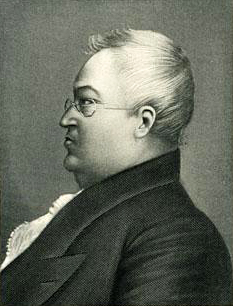 John Haywood, Revolutionary soldier, lawyer, jurist, and historian, was born in Halifax County where his grandfather had migrated from Virginia. His parents were Egbert and Sarah Ware Haywood, both of whom were of English heritage. Egbert Haywood was active in the political life of the colony, was an officer in the North Carolina militia during the Revolutionary War, and, after the Revolution, was a member of the state legislature.

John Haywood, too young to enter military service at the beginning of the war, volunteered near the end of the conflict and was assigned as an aide to a North Carolina officer. Although he had received only a limited education, he apparently was admitted to the Halifax bar soon after the Revolution, because in 1785 the General Assembly elected him judge of the Superior Court of Davidson County (Tenn.), a position he declined. In 1791 he was named attorney general, and in 1793 he was appointed to the Superior Court of North Carolina. Haywood established himself as the dominating legal mind on the court and was, as one observer noted, "as completely the court as Chief Justice [John] Marshall was of the Supreme Court of the United States." Before resigning from the bench in 1800, he published two volumes of the court's decisions, which are the earliest of the North Carolina law reports. He later published two other works in North Carolina: A Manual of the Laws of North Carolina (1808) and The Duty and Authority of Justices of the Peace (1810).

Haywood moved to Tennessee—one source indicates as early as 1802 and another as late as 1807—and purchased a farm near Nashville, which he named Tusculum. Recognized immediately for his acute legal mind, he became both a successful practitioner before the Nashville bar and a teacher and counselor of young men who wished to "read law." In 1816 he was elected to the Supreme Court of Errors and Appeals (court of last resort) and served until his death. Haywood edited and reported the opinions of the court and, in association with Robert L. Cobbs, compiled The Statute Laws of the State of Tennessee (2 vols., 1831).

Sometimes referred to as "Tennessee's Earliest Historian," Haywood organized in 1820 the Tennessee Antiquarian Society, a forerunner of the Tennessee Historical Society, and became its first president. His interest in history led him to read widely on the subject and to publish several works, the first of which was a book of some 350 pages entitled The Christian Advocate (Nashville, 1819). In this philosophical account, he attempts to trace the aboriginal inhabitants of Tennessee and of America to Asia. Much of the material in this volume appeared a few years later in his The Natural and Aboriginal History of Tennessee (Nashville, 1823). In the same year he published his best known work, The Civil and Political History of Tennessee (Knoxville, 1823). Both trace the development of the Tennessee country to the time of statehood.

Physically, Haywood was massively formed and weighed more than 350 pounds at the time of his death. Judge Nathaniel Baxter, who believed him to have only Felix Grundy as a peer, described him thus: "His arms, his legs, and his neck were all thick and short, his abdomen came down on his lap and nearly covered it to his knees. His head, which rested nearly on his shoulders, was unusually large and peculiarly formed. His under jaw and his lower face looked large and strong, and his head above his ears ran up high and somewhat conical, and viewed horizontally it was rather square and round. His mouth was large, expressive, and rather handsome."

Haywood died at Tusculum and was buried there.

Colyar, A. S. "A Sketch of the Author." 1890. 5-14. Haywood, John. The civil and political history of the state of Tennessee from its earliest settlement up to the year 1796, including the boundaries of the state. Nashville, Tenn., Publishing house of the Methodist Episcopal church, South. 1891. https://archive.org/details/civilpoliticalhi00hayw (accessed January 14, 2013).

Mr Haywood is my 10 th Grandfather his great granddaughter married my great grandfather in PEI. Canada. Her fathers name is John.
Military service for generations lol. In the blood.
Wonderful stories of service and adventures in my grandpa Murphy’s Line and Caroline Haywood nee Haywood. He line as you probably know goes back to some important people in English history. Thanks for preserving this information. I’ll be researching more about this interesting gentleman. On another note. Apologies for burning down the White House. We weren’t so connected by family or Freedom then. It was all those bloody British. Lol. Perspective. Can really mess with how you view things.