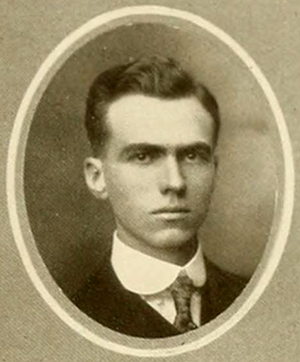 George Way Harley, Methodist missionary, physician, blacksmith, geographer, anthropologist, and researcher, was born in Asheville to George Gamewell (1862–1925) and Lillie [Lily] Way (1871–1959) Harley. His father was a Methodist minister. Young Harley grew up in Brevard, Bessemer City, Norwood, and Concord, where he was graduated from high school as class valedictorian. After receiving the B.A. degree from Trinity College (now Duke University) in 1916, he taught high school science in New Bern for one year. He next headed a carpenter gang at Camp Jackson, S.C.

In June 1918, Harley enlisted in the Medical Corps and was sent to the Chemical Warfare Unit located at the Brady Laboratory of the Yale University Medical School. There his work was noticed by a pathologist who promised him a job and a room while he attended medical school, so just before entering Yale in 1919 he went to McGill University to study pathological museum technique and to take a course in embalming. He received the M.D. degree from Yale in 1923, then interned for one year at Hartford (Conn.) Municipal Hospital. During that time he applied to the Board of Missions of the Methodist Episcopal church for a position at a new station in Ganta, Liberia. He was accepted and studied from September 1924 to February 1925 at the Kennedy School of Missions, a facility of the Hartford Seminary Foundation, after having spent the summer at Grenfell's Harrington Hospital in Labrador. While at the mission school he took an evening course in metal working at a local high school. From May to September 1925 he was at the London School of Tropical Medicine, where he was awarded a diploma. In London, he also took a course in mapmaking at the Royal Geographical Institute and spent a month with a craftsman potter.

In October 1925, Harley left for Ganta, Liberia, where he remained for the next thirty-five years except for furloughs. At Ganta he built a hospital, dispensary, church, school, several residences and shops, and a leper village and two "sick villages," largely from the resources he found there. Although not ordained, he served as pastor of Ganta Church until 1948. He also found time for research. His study of native African medicine was compiled into a thesis for which he was awarded the Ph.D. from the Kennedy School of Missions in 1938; it was published under the title Native African Medicine by Harvard University Press in 1941. In addition, he was the author of medical, geographical, and anthropological works that appeared in various journals, as well as several articles on missionary work. Harley's interest in the religious beliefs of the indigenous people led him to collect over 1,000 ceremonial masks of secret African societies and provide documentation regarding their usage and origin. Many are in American museums today and 33, along with 150 other artifacts, comprise the Harley Collection in the Duke University Museum of Art.

Harley served as Research Associate in Anthropology at the Peabody Museum of Archaeology and Ethnology, Harvard University, and was a fellow of the Royal Geographical Society, the Royal Anthropological Institute, and the Royal Society of Tropical Medicine and Hygiene. Because he was a skilled blacksmith he was initiated into the Guild of Blacksmiths in Liberia, "the only white man to gain such native confidence." He was honored by the Liberian government on numerous occasions and in 1946 was made Knight Commander of the Liberian Humane Order of African Redemption, the highest award given by the government except to visiting potentates. In 1955, a hospital at Sanoquelle, Liberia, was named for him. In 1957 he was awarded the doctor of humanities degree by Duke University, and in 1961 World Outlook magazine named him "Methodist of the Year."

On 4 Aug. 1923, Harley married Winifred Jewell of Merrimac, Mass. They had three sons: Robert William, Charles Alfred, and Eugene Lincoln, a 1957 graduate of the Duke University Medical School. The Harleys retired in 1960 to Merry Point in Lancaster County, Va. Harley died there and was cremated. The ashes were flown to Liberia where they were buried near the cornerstone of Ganta Church. In memoriam, the Western North Carolina Conference of the Methodist church donated $100,000 to purchase an airplane and fuel, drugs, and equipment, and to build the George W. Harley Memorial Social Center—all for the Ganta mission.

Winifred J. Harley, A Third of a Century with George Way Harley in Liberia (1973).