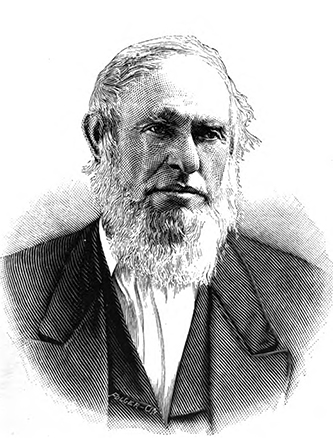 Richard Hargrave, clergyman and author, was born in Caswell County, the son of William and Sallie Ellis Hargrave. His father was first an O'Kellyite minister but afterwards became a devout Methodist. After attending a local school, young Hargrave moved with his family in 1818 to Indiana because of their opposition to slavery. They settled in Pike County where no schools were available. In August 1819, Hargrave later recorded, he felt a call to a religious life and in 1823 joined the O'Kelly Christian church, accepting the doctrine of Arianism. Soon, however, he was persuaded to abandon Arianism and join the Methodist church. He was invited to accompany a clergyman in riding the circuit to hold services and they visited many sparsely settled sections of Indiana. Assigned to a circuit in his own right, Hargrave served faithfully for a number of years before being transferred to Illinois.

In 1844 Hargrave was the author of a Treatise upon the Lord's Supper and Baptism, with a Specific Argument Deduced from the Significance of Baptism, published in Lafayette, Ind. In 1862 his Sermons, Expository and Practical was published in Cincinnati. Throughout most of his life Hargrave composed poems based upon both the Old and the New Testaments. He also wrote seventeen hymns and several miscellaneous poems. They were carefully constructed with good rhyme schemes. After his death his son, the Reverend William P. Hargrave, published Sacred Poems of Rev. Richard Hargrave, D.D. with a Biography of Himself, and Biographical Sketches of Some of His Coadjutors, printed in 1890 in Cincinnati; this volume contains an engraving of Hargrave. Indiana Asbury University (now DePauw University) awarded the degree of doctor of divinity to the Reverend Richard Hargrave. Although he retired from the formal ministry in 1871, he continued to preach until his death in Attica, Ind.

Hargrave's autobiography in his Sacred Poems (1890).

DeBruler, Eva. A historical, biographical, and genealogical account of certain branches of the DeBruler and Hargrave families. [Ind.?]: E. DeBruler. 1938.

Folger, engraver. "Richard Hargrave."  Sacred Poems of Rev. Richard Hargrave: With a Biography of Himself And Biographical Sketches of Some of His Coadjutors. Cincinnati: Cranston and Stowe, 1890.
Frontispiece. http://babel.hathitrust.org/cgi/pt?id=nnc1.cr59965673;view=2up;seq=6 (accessed April 2, 2014).