Christian Church in the South 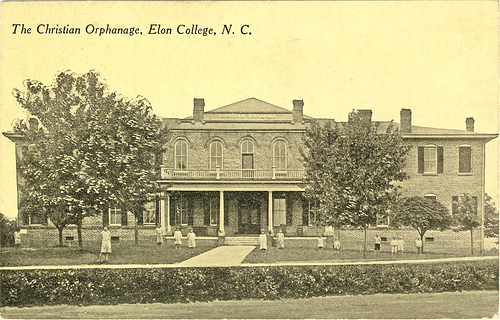 The Christian Church in the South was a schismatic North Carolina-Virginia offshoot of the Methodist Church. In 1792 the Reverend James O'Kelly broke away from the Methodists in a dispute over issues of hierarchical authority, and in 1794 he and his followers organized a new polity. At first called O'Kellyites and later Republican Methodists, the group finally settled on the name Christian Church in the South to underscore its nondenominational, nonsectarian character and its identification with the primitive Christianity of the early church. Born in controversy, the new church struggled to define itself. Sweeping away intervening Christian tradition, O'Kelly meant to return to what he felt certain had been the Christocentric faith of the early church, in which all believers had direct personal access to Jesus, "the king and head of the people," and Christian fellowship reflected "the all sufficiency of a Bible government."

In 1810 the nascent denomination split into two conferences, one in eastern Virginia and the other in the rest of Virginia and North Carolina. The Eastern Virginia Conference maintained ties with similar churches in New England, although differences over baptism by immersion, which the New England churches practiced but O'Kelly opposed, thwarted union between the church bodies. In 1856 the Eastern Virginia and Virginia-North Carolina churches merged to form the Southern Christian Convention, and in 1858 the convention became loosely affiliated with Christian Conferences in Alabama, Mississippi, and Missouri.

From the 1850s until 1900, the Christian Church in the South continued to struggle with problems of identity and visibility. At the beginning of the twentieth century, North Carolina's Christian Church in the South poured its limited resources into two projects-Elon College, founded near Burlington in 1889, and the Christian Orphanage, opened in the same area in 1905. In 1931 the church merged with the Congregational Church, which in 1957 joined with the Evangelical and Reformed Church to form the United Church of Christ-a denomination that stresses salvation through faith alone, a theology that probably would have suited O'Kelly and his followers.

Durward T. Stokes and William T. Scott, A History of the Christian Church in the South (1973).