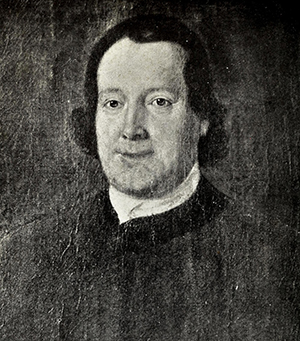 Johann Michael Graff, Moravian minister, was born in Heyna, Saxe-Meinungen, to Nicholas and Margaretha Graff. He was raised as a Lutheran and educated by private tutors at the Gymnasium of Henneberg and at the University of Jena. While at Jena, Graff became acquainted with the Moravian Brethren and joined the Unity in 1739. Two years later, he was ordained a presbyter of the Unitas Fratrum and for the next few years he served as pastor in various European congregations. In his youth, Graff studied music, especially the clavier, and later composed a number of hymns. While serving in Herrnhut, Graff was called to Bethlehem, Penn., to take charge of the children of the town and country congregations. He and his wife reached Bethlehem on 3 Oct. 1751 and immediately began the appointed rounds with the children of the district. In 1753, the Graffs moved to Nazareth where Johann Michael became pastor and inspector of the nursery; later they were put in charge of the married people.

In June 1762 the couple moved to Wachovia in North Carolina, settling in the Moravian community of Bethabara. There Graff served as pastor and, with his wife, as curator of the married people. In 1772, the Graffs were elected members of the Aeltesten Conferenz or Board of Elders (the governing board of Wachovia concerned primarily with spiritual guidance). The next year they moved to Salem, the largest of the Moravian settlements in North Carolina, where Graff was pastor at the Home Church in Salem and associate pastor for all of Wachovia. Also in 1773, he went to Pennsylvania to be ordained a bishop in the Moravian church.

During Fredrick Marshall's absence in 1775, Graff was appointed administrator of Salem. In 1781, because of failing health, Graff relinquished his duties as congregation diarist, a position he had held for many years. He died the following year and was buried in God's Acre, Salem.

Graff married Gertrude Jacke on 3 July 1740. They had seven children, but only two daughters, Anna Johanna and Justine Gertraut, survived Graff. Photographs of portraits of both Johann Michael and Gertrude Graff are in the collection of Old Salem, Inc. The original portraits are in the Bethlehem Archives. 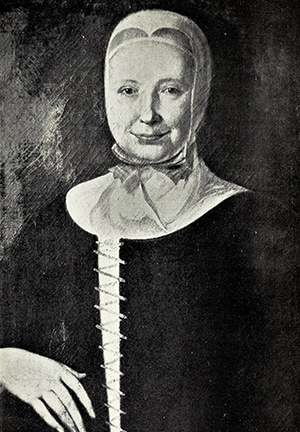