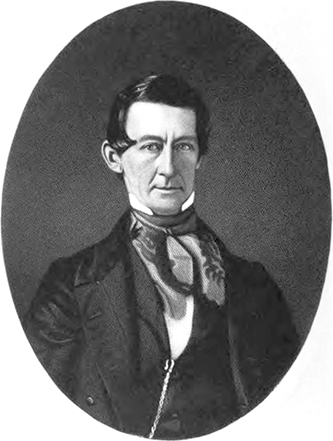 Alexander M[axwell?] Gorman, newspaper and journal editor and publisher, was born in Raleigh, the son of Henry, a native of Ireland, and Mary Gorman. He became a printer, working with Joseph Gales, editor and publisher of the Raleigh Register. Upon reaching his majority, Gorman moved to Georgia where he married Mary J., a native of that state, whose maiden name has not been discovered. Upon returning to Raleigh he became foreman of the Register office but in September 1848 joined J. B. Whitaker in purchasing the Family Visitor, a "miscellaneous and Temperance newspaper" published there. No copies of this paper are known to have survived. On 13 June 1849 a new paper, The Spirit of the Age, appeared in place of the Family Visitor as a result of reorganization. Slave labor was used to operate the press. Beginning with a small format and limited circulation, this paper was soon adopted by the Sons of Temperance as their official organ. Gorman bought a power press in August 1853, and his paper rapidly grew in both size and circulation until it became one of the largest of its kind in the South. It attained a paid circulation in excess of 5,000. In 1858 it was described as "a Weekly Family Journal; Devoted to Temperance, Literature, Education, Agriculture and the News of the Day."

On 2 Sept. 1855 Gorman's wife died, and on 4 Dec. 1855 he married Mary E. ("Mollie") Jordan of Isle of Wight County, Va., She was "editress" of the "Ladies Department" of The Spirit of the Age from 1859 until the fall of 1861. In March 1864 Gorman sold his paper, which continued to be edited by others until 1894. In 1858 he began publishing the North Carolina Planter, a monthly journal devoted to agriculture, horticulture, and the mechanic arts as a successor to William D. Cooke's Carolina Cultivator and Thomas J. Lemay's Arator. Although the Planter continued publication at least until May 1861, Gorman apparently was not associated with it after the appearance of the third volume, which concluded with the issue of December 1860. Widely read throughout the South, this journal presented a broad range of agricultural information and advice. Gorman also printed various pamphlets on such diverse topics as temperance and land drainage. He also did job printing and produced books, cards, and circulars. The first issue of the Raleigh Christian Advocate in 1856 came from his press.

The sale of The Spirit of the Age did not mean that Gorman was forsaking his profession. In January before its sale, he acquired the semiweekly edition of the State Journal, another Raleigh newspaper, and converted it into the Daily Confederate beginning with the issue of 26 Jan. 1864. In its management he was joined by Duncan K. McRae, and they produced a newspaper that demonstrated complete devotion to the Confederate cause.

Gorman, a Methodist and a Freemason, died unexpectedly after an illness of just a few hours. His will, drawn up on the day of his death, left his possessions to his wife and four children: Maxwell Jordan, George H., Alexander Maxwell, and Florence P. Another son, Howard Littleton, had died in 1859. On 23 Mar. 1869 his widow married William P. Weatherell of Assonet, Mass.