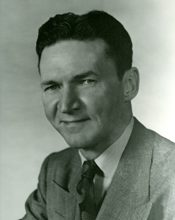 William Franklin ("Dixie") Gilmer, congressman, was born at Mount Airy, the son of W. F. and Emma Elizabeth Prather Gilmer. The family soon moved to Oklahoma, where young Gilmer attended the public schools of Oklahoma City. From 1911 to 1919 he was a page in the U.S. House of Representatives during the speakership of Champ Clark. Gilmer was graduated from the law school of the University of Oklahoma at Norman in 1923. The same year he was admitted to the bar and began practicing in Oklahoma. In 1925 he was elected to the state legislature.

In 1929 Gilmer moved to Tulsa, where he was assistant county attorney from 1931 to 1933. He then became county attorney, remaining in the post until his resignation in 1946. That year saw his unsuccessful bid for the Democratic gubernatorial nomination. Two years later, however, he was elected congressman from the First Oklahoma District; he served in the Eighty-first Congress from 3 Jan. 1949 to 3 Jan. 1951. Gilmer failed to retain his seat in the election of 1950. Returning to Oklahoma, he became commissioner of police and highway patrol in the Oklahoma Department of Public Safety, Oklahoma City, and served until his death.

Gilmer married Ellen McClure on 19 May 1928. He was a Presbyterian and a Masonic Shriner.

William Franklin Gilmer in the Encyclopedia of Oklahoma History and Culture: http://digital.library.okstate.edu/encyclopedia/entries/g/gi008.html