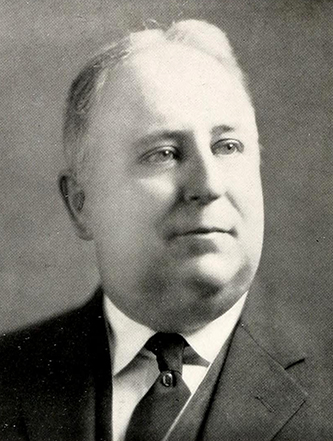 William Henry Frazer, clergyman and educator, was born in Lafayette, Ala., the son of John Alexander and Nancy Emiline Abernathy Frazer. He was a direct descendant of John Frazer, a native Scot, who settled in Richmond County, N.C., in 1747. After attending local schools at Lafayette, Frazer entered Southwestern Presbyterian University, Clarksville, Tenn., in 1893 and was graduated with a bachelor of arts degree four years later. He spent the next two years at Union Theological Seminary, Richmond, Va., where he earned the bachelor of divinity degree. Later he was the recipient of three honorary degrees: doctor of divinity, Presbyterian College of South Carolina (1909); doctor of literature, Davidson College (1929); and doctor of laws, Southwestern University of Memphis (1937).

Ordained to the Presbyterian ministry in 1899, Frazer served successively as pastor of the Georgia Avenue Presbyterian Church, Atlanta (1899–1901); the Tatnall Square Presbyterian Church, Macon, Ga. (1901–6); and the First Presbyterian Church, Anderson, S.C. (1906–17). While in Anderson, his interest in youth produced the innovative Frazer Fitting School for Boys, an academy-type institution that emphasized the classics and current literature to prepare males of high school age for college and university. He served as headmaster of the school until 1917. That summer he accepted the presidency of Belhaven College, Jackson, Miss., a co-educational institution established in 1894 under Presbyterian auspices. His four years of successful leadership there attracted the attention of church leaders, including the trustees of Queens College, Charlotte, N.C., who in 1921 offered him the presidency of that Presbyterian school. Frazer accepted the appointment. In 1930 Chicora College, Columbia, S.C., was merged with Queens to become Queens-Chicora College.

Frazer may have been the only college president in the history of American education who served eleven years before his formal inauguration—a ceremony hallowed by most institutions and their leaders. He insisted he not be inducted until he had accomplished several projects at Queens College. The first of these was its accreditation by the appropriate regional agencies. He found the college deficient in twenty-one brackets, which were not attained until the fall of 1932. He also wanted to add at least $400,000 to the college's endowment. A third objective was to effect the merger between Queens and Chicora College, then a struggling church school, with the blessing and support of Chicora's alumna and Presbyterian churches in South Carolina. When these goals were met, his inauguration was included as part of the commencement program in late May 1933. During his presidency, Queens-Chicora was fully accredited by the Southern Association of Colleges and Secondary Schools, enrollment doubled, and gifts to the college totaled more than $600,000—one-third for buildings and two-thirds for endowment. In addition, Frazer was a popular lecturer and civic club and commencement speaker.

Throughout his career in educational administration, Frazer was in great demand as a supply and interim preacher in churches of all denominations. After his retirement in 1939 from the presidency of Queens-Chicora College (later to be known again as Queens College) at age sixty-six, he served eight years as pastor of the Presbyterian Church of Pineville, N.C., before "retiring" again in 1947. For the next six years, he was stated supply at several Presbyterian churches in Alabama and Florida.

An avid reader, Frazer owned a large private library and in his middle years devoted much of his free time to writing. Among his published works were Bible Notes for Bible Students (1924), The Possumist and other Stories (1924), Fireside Musings of Uncle Rastus and Aunt Randy (1925), and Challenging Mantles (1926). During the years after 1906, he often contributed articles to various denominational journals and periodicals and wrote frequently on problems of race and society. Typical were his series on "The Afro-American—His Past, Present and Future" and "The Social Separation of the Races." His observations were tolerant and prophetic.

In fraternal circles, Frazer was an active leader in Masonry completing the Scottish Rite and the York Rite. He was also a Shriner and a member of the Knights of Pythias. In both of these organizations he held high local and state offices; at one time he was grand chaplain of the grand chapter, and of the grand council of Masons in South Carolina. While he lived at Jackson, Miss., he continued his membership in Kiwanis International and was for one term governor of the Kiwanis district that included the entire states of Louisiana and Mississippi. In his heyday he was one of Kiwanis International's most popular speakers and committeemen.

On 29 Oct. 1899, at Lafayette, Ala., Frazer married his childhood sweetheart, Sarah Winnie Jones, daughter of James Thomas Jones and his wife of Lafayette. They had three children: Winnie Love, William Henry, Jr. (who died in his youth), and Emily (Mrs. James B. Kuykendall, Jr.).

While vacationing in Charlotte, N.C., Frazer was the victim of an automobile accident and died a few days later. Burial followed in Lafayette, Ala., where his wife had been interred several years before. Both of his daughters survived him.