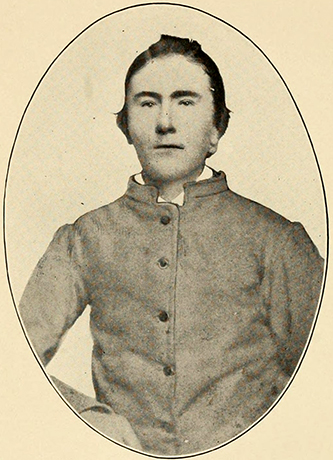 James Carson Elliott, Confederate soldier, teacher, writer, and civic leader, was born in Cleveland County, the eldest son of William Martin (1813–69) and Barbara Rudisill Carson (1820–1909) Elliott. Descended from pioneer stock in Virginia and North Carolina, with ancestors who had fought in the American Revolution, his father was a farmer, a small slaveholder, and an ardent Whig. At the outbreak of the Civil War, young Elliott organized and served in the local home guards until his eighteenth birthday, when, on 17 Aug. 1863, he joined Company F, Fifty-sixth Regiment, North Carolina troops, a Cleveland County company. Nine first cousins and his mother's brother also served in the Confederate Army, three of whom survived. His own Confederate service was in many respects the pivotal point in his life.

As recounted in his reminiscences, The Southern Soldier Boy: A Thousand Shots for the Confederacy (1907), Elliott's initial duties included guarding prisoners of war and hunting deserters in the state. The regiment received its baptism of fire in the Eastern Carolina campaign of 1864 against New Bern and in the recapture of Plymouth (April 1864). Ordered to Petersburg, Va., in May 1864, Elliott survived sickness, a wound, and the last hard winter of the Confederacy, only to be captured in the abortive Confederate assault on Fort Stedman (March 1865), which sealed the doom of the Confederacy. He was imprisoned at Point Lookout, Md., until 12 June 1865, when he took the oath and was released. Reaching Charlotte by train, he walked the sixty miles to his home, arriving there on 20 June.

In December 1880 Elliott purchased from Henry Summitt the first town lot sold in Cherryville, where he built a combination store-house and moved his family the following March. In May 1881, the year Cherryville was incorporated, Elliott was elected its first mayor. There he taught school and served for eight years as justice of the peace until February 1890, when he returned permanently to Cleveland.

Throughout his adult life Elliott was a prolific and articulate writer for newspapers of the area, including the Shelby Aurora, Shelby Star, Charlotte Observer, Rutherford Sun, and Forest City Courier. His subjects were government, politics, history, local and family matters, philosophy, or whatever attracted his wide-ranging interests. Optimistic by nature and driven by a strong sense of integrity and personal worth, he preached the betterment of America's youth and the challenge of the future. His writings, which continued until shortly before his death at ninety-one, were "alive with ideas and were as vital and contemporary as if written by a much younger man, . . . always voicing a constructive and progressive policy. He gave suggestions backed by long years of experience and cool judgment and for the most part he was always right." Illustrating his vision is a statement in The Southern Soldier Boy in which he foresaw (in 1907) eventual war with Japan.

A lifelong Democrat and a Methodist, Elliott "hewed his success out of a wilderness of difficulties and then studied and reasoned his way to a position of respect and honor in the hearts of thousands." "One of [Cleveland County's] best citizens and friends" and her oldest Confederate veteran when he died, he was buried in the Elliott cemetery at Polkville.

James Carson Elliott, The Southern Soldier Boy: A Thousand Shots for the Confederacy (1907).