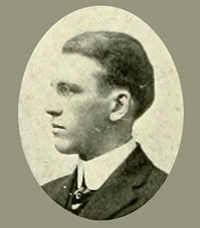 It was this background of publishing and printing that marked the inherited interest of the younger Dowd. His secondary education was acquired in the public schools of Charlotte and at Bingham Military School, Mebane. He attended Wake Forest College and studied journalism at The University of North Carolina before beginning his career with The Charlotte News. He was first sports editor, then managing editor and business manager. When the senior Dowd died in 1927, the son succeeded him as publisher, a post he held until 1947 when the paper was sold. During those years, through a combination of good business practices and service to a wide clientele in the two Carolinas, the paper was very profitable. The job printing plant, which was not sold with The News, became the Dowd Press and Dowd continued as its chief executive until his death.

Dowd had a varied and impressive record of service in World War I. Trained at Camp Joseph E. Johnston, Jacksonville, Fla., he saw duty as a first lieutenant in the Quartermaster Corps in the campaigns at Rochefort, St. Mihiel, Vede Toul, Verdun, and Meuse-Argonne. Over the years, the insights into military problems and personnel gained from his experiences overseas were consistently reflected in the news and editorial coverage of The Charlotte News. He also maintained an active interest in the affairs of the American Legion.

Throughout his adult life, Dowd served a broad spectrum of church and civic interests. A longtime member of the First Baptist Church, Charlotte, as was his father, he was a leader in its organizations and programs. He was a charter member of the Myers Park Baptist Church and played a substantial role in making that church one of the most successful and influential of the denomination in the state, its congregation dedicated to a vast program of religious and social service to the city and the area. He served as a deacon and was especially active on the church's finance committee. In addition, he was a founder of the Charlotte Community Chest, as well as president (1934) and director (until 1938); a member of the war industries committee of the Charlotte Chamber of Commerce and influential in bringing several large businesses to Charlotte, which provided employment for several thousand people; a long-standing director of the North Carolina School for the Deaf; and founder of the Empty Stocking Fund to provide Christmas gifts for poor children. He also was active in the Good Fellows Club, the Kiwanis Club, and both City and Country clubs of Charlotte.

In the newspaper field, Dowd was a member of the North Carolina Press Association, of which he was president and an honorary life member; the American Newspaper Publishers Association; the Southern Newspaper Publishers Association; the North Carolina Associated Press Club; and Sigma Chi journalistic fraternity. Although he was a registered and vocal Democrat, he never sought political office. He was an avid spectator sportsman although golf was his favorite recreational activity.

Dowd married Ann Garvey Rogers in Jacksonville, Fla., on 11 May 1918. She was the daughter of William Frederick Rogers of Fort Worth, Tex. They had two children, William Carey Dowd III and Marie Eloise (Mrs. Walter Bennett Latimer). He was buried in Charlotte.