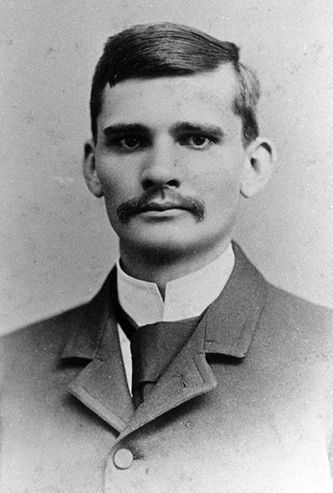 Dauphin Disco Dougherty, educator, was the cofounder, with his brother Blanford Barnard Dougherty, of the educational institution that later became Appalachian State University. The oldest son of Daniel Boone and Ellen Bartlett Dougherty, he was born in Watauga County where he lived all of his life except for his school years and a seven-year period in the 1890s. He attended school briefly in Boone and at New River Academy, but most of his college preparatory work was completed at Globe Academy in neighboring Caldwell County. In the fall of 1888 he enrolled at Wake Forest College and was graduated in 1892; the majority of his courses were in the classical languages, mathematics, and physics. He then joined the faculty of Holly Springs College, a small school in Butler, Tenn., as professor of mathematics and natural science. Perhaps the most important event of his years at Holly Springs was his marriage to Lillie B. Shull in June 1897. The union proved to be a happy one and the couple had four children: Clara, Annie, Barnard, and Edwin.

In 1899 Dougherty returned to Boone to teach school. Simultaneously, he and his brother, with the encouragement of their father, began to build a school that they planned to operate under the name of Watauga Academy. It opened on 5 Sept. 1899 with four faculty members and some college level courses. The Dougherty brothers were coprincipals. Three years later they secured a grant for the school from the state legislature; it became primarily a teacher training institution and its name changed to Appalachian Training School. Dauphin Disco Dougherty was the "principal." For the last twenty-six years of his life he devoted himself almost completely to the school. At first he taught a full load, but as years passed he devoted more time to the business affairs of Appalachian. He bought the food, ran the school farms, looked after the heating plant, made the payroll, and kept the accounts. He is generally credited with establishing and building up the library of the institution, which is now named for him and displays his portrait.

Although Dougherty's schoolwork apparently left him little time for other activities, he served on the county school board from 1923 to 1929 and was superintendent of the Sunday school at the First Baptist Church of Boone from 1900 to 1914.

In 1925 Dougherty was stricken with a serious heart attack but gradually returned to his work. A second attack four years later proved fatal. He was buried in the Boone cemetery. His students remembered him as a demanding but sympathetic teacher, his employees as a benevolent supervisor. Although his achievements were considerable, they have been overshadowed by those of his almost legendary brother, who continued to administer Appalachian State until 1955. 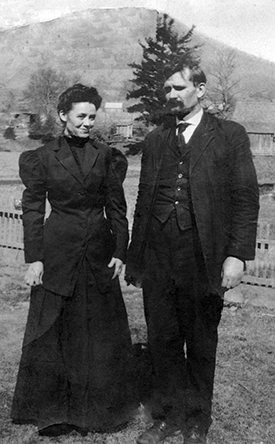