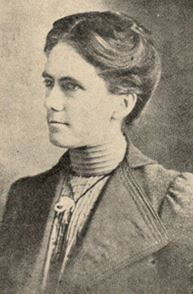 Eula Louisa Dixon, leader in agriculture, local industry, school management, and community development, was born at Snow Camp where she lived most of her life. She was the daughter of Thomas Clay and Sarah Eleanor Albright Dixon and a descendant of Simon Dixon, one of the early settlers in the Cane Creek valley in the southern part of what is now Alamance County. The efforts of her Dixon ancestors to promote light industry in the Cane Creek valley produced a gristmill, the first in the valley; an iron foundry; and a textile mill for the manufacture of woolen goods established about 1886. Eula's cousin, Joseph Moore Dixon, was born and reared within sight of her home on the opposite side of Cane Creek. After graduation from Guilford College, he went to Montana and later served that state as governor and U.S. senator.

Eula Dixon's home was within a few hundred yards of Sylvan Academy, a preparatory school established by Quakers immediately after the Civil War. After completing her studies there she entered Guilford College at the age of seventeen; however, poor health prevented her from obtaining a degree.

Eula Dixon never married. She was the youngest of three sisters, one of whom married; the other was an invalid most of her adult life and remained at the Dixon home. At the death of her father in 1899, she assumed responsibility for the management of the Dixon farm and served as president of the Snow Camp Woolen Mill until it burned in 1912. Realizing the need of the people in her community for improved methods of farming, she entered the North Carolina College of Agriculture and Mechanic Arts (now North Carolina State University) at the age of thirty. She was the first woman to enroll in that institution. She returned to her home community to apply what she had learned to the Dixon farm and to use her influence to raise the standards in agriculture and cattle breeding in the community.

When Sylvan Academy was converted into Sylvan High School, the first public high school in the southern part of Alamance County, Eula Dixon became a member of its school board. Partly because of her influence an adequate building was erected for the school, quarters were provided for teachers, and school districts were consolidated to make the high school available to pupils of a wider area. One of her interests was for the school to offer courses in vocational training. For several years she coached the high school debating team; one of her teams reached the semifinals of the state interscholastic debating contest at Chapel Hill. While associated with the school she enjoyed a close rapport with teachers and pupils alike.

Following the lead of a long line of her ancestors Eula Dixon was a lifelong member of the Society of Friends (Quaker). She was a dynamic leader both in the spiritual life and work of Cane Creek Friends Meeting and in the statewide organization of Friends. She also was a leader of the temperance movement, then at the peak of its influence in that section of North Carolina. A supporter of the woman suffrage movement, she was a living demonstration of the liberated woman long before the term "women's liberation" came into use.