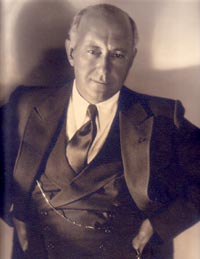 Cecil Blount deMille, motion picture producer, was born in Ashfield, Mass., the second son of Henry Churchill deMille, playwright and partner of David Belasco, and Matilda Beatrice Samuel, teacher and later founder of the De Mille Play Company and screenwriter. His older brother William C. deMille was a playwright, motion picture director, and professor of drama at the University of Southern California. His first American ancestor, Anthony deMille, arrived in New Amsterdam in 1658 from Amsterdam, Holland; his son Pieter became mayor of New Amsterdam. Another ancestor, William Blount of North Carolina, was a signer of the Constitution.

Cecil B. deMille spent his boyhood in Washington, N.C., New York City, and Echo Lake and Pompton, N.J. He was educated at a private school in Pompton, the Pennsylvania Military Academy, Chester, Pa., and the American Academy of Dramatic Arts, New York. In his early career he was a playwright and stage producer, one of the organizers of the Standard Opera Company, and an associate of his mother in the De Mille Play Company. In 1913 he was a founder, with Samuel Goldwyn and Jesse L. Lasky, of the Jesse L. Lasky Feature Play Company for which he was director general; the company merged in 1918 to become Famous Players-Lasky, and in 1927 to become Paramount Pictures Corp. In 1924 he established DeMille Pictures Corp. and in 1928 joined Metro-Goldwyn-Mayer as producer-director. He returned to Paramount as independent producer in 1932. 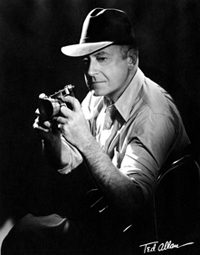 In the next forty-three years (1913–56), Cecil B. deMille produced some seventy pictures, beginning with The Squaw Man in 1913. Others of note were Carmen and Joan the Woman, both starring the metropolitan soprano, Geraldine Farrar. Later came The Ten Commandments, The Volga Boatman, The King of Kings, Dynamite (his first sound film), The Sign of the Cross, Cleopatra, The Crusaders, The Plainsman, The Buccaneer, Union Pacific, The Story of Dr. Wassell, Samson and Delilah, The Greatest Show on Earth, and finally a second Ten Commandments.

He was producer of the Lux Radio Theatre of the Air from 1 June 1936 to 22 Jan. 1945, when he was dropped rather than pay a one-dollar political assessment levied by the American Federation of Radio Artists. In addition, he was founder of Mercury Aviation Company, one of the first American airlines to carry air freight and passengers commercially on regularly scheduled runs; vice-president and chairman of motion picture loans for Commercial National Trust and Savings Bank of Los Angeles, which was purchased by the Bank of Italy and later became the Bank of America; and president of the DeMille Foundation for Political Freedom, which was dissolved after his death.

Cecil B. deMille was a Republican and an Episcopalian. He died in Hollywood, Calif., and was buried in the family plot in Hollywood Cemetery.

Cecil B. DeMille Photographs, the Margaret Herrick Library Digital Collections, the Academy of Motion Picture Arts and Sciences. Available from http://digitalcollections.oscars.org/cdm/landingpage/collection/p15759coll14 (accessed May 8, 2013).