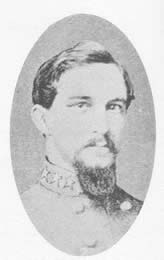 William Lord De Rosset, soldier and businessman, was the eldest son and second of eleven children of Dr. Armand John De Rosset III and Eliza Jane Lord. The De Rosset family originated in France from which the founder of the Wilmington branch, Lewis Henry De Rosset, fled after the revocation of the Edict of Nantes. Four succeeding generations including William Lord De Rosset's father, all physicians, resided in Wilmington and were prominent civic leaders.

Born in Wilmington, De Rosset was educated successively at St. Timothy's Hall in Catonsville, Md.; St. James College near Hagerstown, Md.; and The University of North Carolina, which he left in 1851 at the end of his first term as a junior. Apparently he preferred active endeavors to the more passive pursuits of scholarly study. Upon leaving college he became an apprentice in the Lawrence Machine Shops, Lawrence, Mass., in an attempt to become a machinist and mechanical engineer. When the New England climate proved too severe for his delicate health, he returned to Wilmington where he helped to establish the Clarendon Iron Works. In 1860 he became a member of the commission house of De Rosset and Brown, organized by his father and John Potts Brown in 1839.

De Rosset was particularly interested in the military, however; he considered it his most gratifying and successful undertaking and the one of which he was proudest. Joining the Wilmington Light Infantry in 1854, he was given the rank of lieutenant and then captain in 1856. Governor John W. Ellis ordered the company into service in April 1861. On 6 May 1861 De Rosset was appointed major and assigned to the Third North Carolina Regiment. He was promoted to lieutenant colonel in 1862, saw action in the 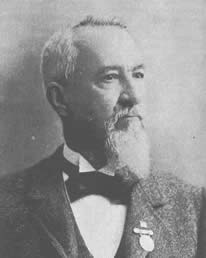 Richmond area, and succeeded to the command of the regiment as colonel upon the death of his brother-in-law, Colonel Gaston Meares. De Rosset came back to North Carolina in the summer of 1862 to enlist new recruits but returned to Virginia to serve throughout the autumn campaign. At Antietam he received such a serious wound in the lower part of his body that he was pronounced dead on the battlefield and the newspapers prematurely published his obituary. Permanently disabled by the injury, he reluctantly resigned his commission in July 1863 after which he assisted his father in blockade-running. In January 1865 President Jefferson Davis appointed De Rosset colonel in the Invalid Corps, P.A.C.S. He surrendered with General Joseph E. Johnston's army in April 1865.

After the war De Rosset and his father organized De Rosset & Company, a continuation of their prewar commission trade. In 1881 the younger De Rosset joined the Navassa Guano Company as superintendent of agencies. He became secretary and treasurer of the organization, positions that he held until poor health forced him to resign just before his death.

De Rosset was particularly active in community affairs. When the surviving commissioned officers in the Third North Carolina Regiment organized the Third North Carolina Infantry Association in 1865, De Rosset as senior officer was made president for life. He was president of the Cape Fear Agricultural Association in 1870, president of the Chamber of Commerce in 1872, master of the Orient Lodge of Masons in 1886, and alderman of Wilmington for many years. He served as commander of the Cape Fear Camp Confederate Veterans and major general of the North Carolina Division of the United Confederate Veterans. He was also a vestryman and senior warden of St. James's Episcopal Church, a member of the standing committee of the Diocese of North Carolina and East Carolina, and treasurer of the Diocese of East Carolina.

On 12 Dec. 1854 De Rosset married Caroline Horatia Nelson; after her death on 10 Nov. 1861, he wed Elizabeth Simpson Nash on 10 June 1863. By the first marriage there were two children, Annie and William Lord, Jr.; by the second, six children, Armand John, Mary, Henry Nash, Kate, Frederick Nash, and Anita. De Rosset died at his home in Wilmington after an extended illness of several months. After a military funeral he was buried in Oakdale Cemetery, Wilmington. An excellent picture of William Lord De Rosset accompanied his obituary in the Wilmington Morning Star.