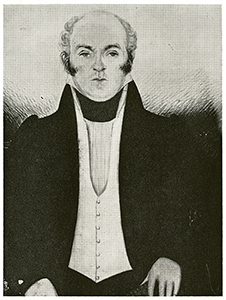 Robert Davidson, planter, the oldest son of Major John Davidson and his wife Violet Wilson, was born on his father's Rural Retreat plantation on the Catawba River in Mecklenburg County. He was privately educated and, to judge from the few extant letters and publications, adequately so. By deed on 23 Feb. 1795, his father made him a gift of 430 acres on the Catawba River, next to his own resident plantation. This plantation, known as Holly Bend, eventually comprised 2,803 acres and was valued at $16,000 (census of 1850), the highest evaluation in Mecklenburg County.

On 1 Jan. 1801, Davidson married Margaret ("Peggy") Osborne, daughter of Colonel Adlai Osborne of Belmont plantation in Rowan (later Iredell) County. According to family tradition, the mansion house at Holly Bend was built at this time. It is one of the largest still extant in Mecklenburg County and notable for its Georgian interiors. Robert and Peggy Osborne had no children of their own but reared several nephews, notably Mrs. Davidson's nephew James W. Osborne and David Alexander Caldwell, son of Robert Davidson's sister Sarah. They were known throughout a large connection as "Uncle Robin" and "Aunt Peggy," the former for his financial acumen and the latter for her kindness of heart. An "Old School" Presbyterian, Davidson was generous to Hopewell Church and to Davidson College, both of which were heavily supported by his family. In politics, he was a Whig and he was extremely proud of his nephew, Governor William A. Graham. 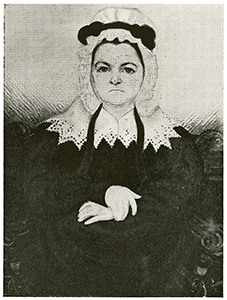 In the census of 1850, Davidson is listed as the owner of 109 slaves, the only planter in Mecklenburg County to own over 100. He also owned land and slaves in Alabama. An oil portrait was painted of him, probably about 1841, by an artist named Wiseman. This portrait was taken to Alabama by his niece, Patsy Caldwell Davidson, and is now at Cedar Grove plantation near Faunsdale. In 1853, after Davidson's death, J. F. G. Mittag was sent to Alabama to make copies for his legatees. Six copies were made. There are also extant two stylized miniatures of Davidson and his wife, painted earlier than the portrait, in the possession of the family of Colonel Thomas D. Osborne of Asheville.

The North Carolina Whig of 6 July 1853 carried a notice of Davidson's death at Holly Bend: "Died, at his residence in this County, on the 14th ult., Mr. Robert Davidson, aged 84 years. During a life protracted beyond fourscore years, he lived so as to secure the esteem and respect of all with whom he associated. Those who knew him best will long cherish his memory as that of an honest man and a true patriot." He was buried in the family graveyard on his father's plantation at Rural Hill.