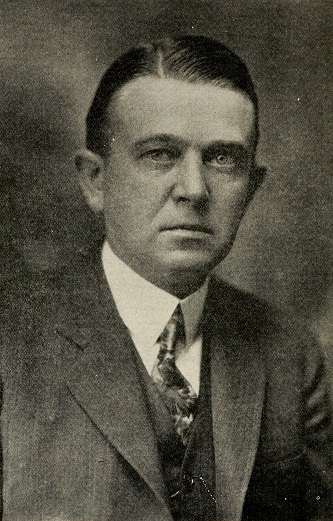 Commodore Thomas Council, Sr., pharmaceutical manufacturer, churchman, and civic leader, the son of John Lawrence and Glendora Burgess Council, was born in rural Chatham County. He went first to the local Piney Grove School and then to Trinity Park, the preparatory school adjunct to Trinity College (now Duke University). Following his graduation there in 1905, he entered the School of Pharmacy at The University of North Carolina and after one year passed the qualifying examination to become a registered pharmacist, satisfying an ambition developed during after-school work in a Durham drug store.

After leaving the university, Council first worked for the West Side Pharmacy, owned by R. Blacknall and Sons; two years later (1908), he formed a partnership with Germain Bernard, himself a pharmacist at Blacknall's. They established the Five Points Drug Company, with Council as its manager.

In 1910, Council began the manufacture of B.C. headache remedy: he compounded a prescription for a friend who complained of severe headaches; the remedy worked, and the friend told others about Council's medicine. From that simple beginning came the world-famous headache powders and later (1947) tablets. The name B.C. came from the names Bernard and Council. The first materials used in its manufacture were bought on the credit of the store, with the agreement that Bernard would get a share of any profit that might develop. Throughout the years, even after Council's death, the profits of the B.C. Remedy Company were shared with Bernard and his heirs, although he was never in any way affiliated with the actual manufacture and sales of the product. This allegiance to an early gentlemen's agreement made Bernard, as well as Council, a very wealthy man, each accruing a fortune high in seven figures.

For many years, Council did all the mixing of the formula for B.C., and its ingredients were not in writing anywhere. Eventually, it is believed, the formula was entrusted to one man, a lifetime associate of Council's in both the pharmacy and the B.C. Remedy Company.

Council became a director of the Depositors National Bank, Durham, in 1932 and president in 1938, serving in that post until the bank became a branch of the North Carolina Bank and Trust Company, with headquarters in Charlotte. He then became chairman of the local board of the Durham branch and a member of the general board of the bank, serving in both capacities until his death. He was vice-president and chairman of the board of the Home Savings and Loan Association, Durham.

Council was a loyal churchman and an avid supporter of city-wide activities. He was a charter member (1923) of the Watts Street Baptist Church and one of its most generous and faithful members. He was a long-time trustee of Wright Refuge, a haven for displaced children, and was a member and served on the advisory board of the YMCA. He served terms as a member of the Durham County Board of Health and of the School Board of the City of Durham. For all his professional years he held membership in the Durham Chamber of Commerce, serving as its president in 1937; also in 1937, he was awarded the organization's highest honor, its civic award to a distinguished citizen, for his part in implementing the Raleigh-Durham Airport. Politically, he called himself an independent. Though he was never a candidate for public office, he took an alert interest in all political activities.

On 23 Mar. 1910, Council was married to Elizabeth Frances Durham, daughter of Mr. and Mrs. William Durham of nearby rural Orange County. The Councils had two children: a son, Commodore Thomas, Jr., who died 2 Jan. 1960; and a daughter, Frances (Mrs. C. R. Yeager); Council's wife and daughter survived him. Council died at Watts Hospital, Durham, and was buried in the family plot in Maplewood Cemetery in that city.