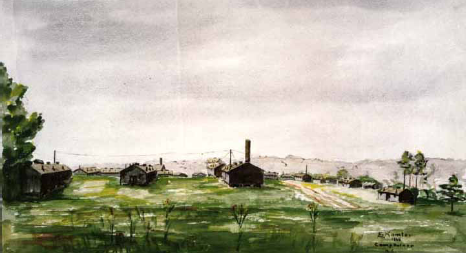 Henry Wolff Butner, army officer, was born in Pinnacle, Stokes County, the son of Frank A. and Sarah Wolff Butner. He was a cadet at Davis Military Academy in Winston before receiving an appointment to West Point in 1894. He was graduated from the U.S. Military Academy in 1898, when he was commissioned second lieutenant in the field artillery. He attended the Staff College in 1906. Promoted through the grades, he was colonel in June 1918, when he sailed for France as commander of the Sixteenth Field Artillery that participated in the Aisne-Marne operations around Chateau Thierry and Vesle. In August 1918, while still a colonel, he was transferred to the First Division as commander of the First Field Artillery brigade, and he directed the activities of the Fifth, Sixth, and Seventh regiments of field artillery at St. Mihiel in the Meuse-Argonne offensive and the march on and capture of Sedan. He was made brigadier general, temporary, in October and during the occupation of Germany he remained in command of his brigade until May 1919, when he was ordered back to the United States to attend the Army War College. He was awarded the distinguished service medal and the Croix de Guerre for valor and efficiency. His promotion to brigadier general became permanent in 1930, and he was promoted to major general in 1936. After World War I he served for a time as commander of the Thirteenth Field Artillery at Fort Bragg, as commandant at Fort Bragg, as president of the field artillery board, and as commanding general of the army's Panama department, his last post from which he returned to the United States because of a critical heart condition which soon proved fatal. General Butner never married. Camp Butner, fifteen miles north of Durham, established in January 1942, was named for him. The camp closed in March 1946, but Butner continues to be the name of the community that developed around the camp and the health care services that were afterwards opened there.