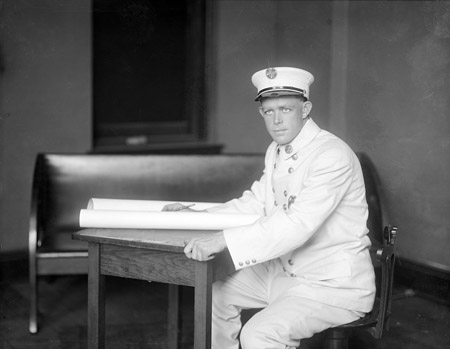 Sherwood Battle Brockwell, state fire marshall and deputy insurance commissioner, the son of Thomas F. and Katherine McLeod Feggan Brockwell, was born in Raleigh. He began fighting fires in 1898 when he hitched the mules, lighted the fire box, and shoveled the coal for the Raleigh steam fire engine. In 1902, while a student at North Carolina Agricultural and Mechanic College, he was a special member of the Raleigh Rescue Steam Fire Engine Company. By 1908, when he was old enough to become a regular member, Brockwell became the company foreman, and in 1909 he became assistant chief. In 1912 he joined the New York City Fire Department for training in firefighting and administration, and his heroic rescues during a metropolitan fire there earned him much publicity. During his training, Brockwell foresaw the advantages of motorized firefighting equipment, and he brought the first motor equipment to Raleigh. From 1912 to 1914 he was chief of the Raleigh Fire Department, when he was also the youngest paid fire chief in the nation. As a result of his pioneering work in school safety and fire prevention, in 1914 Colonel James R. Young, state insurance commissioner, named him deputy insurance commissioner and state fire marshall, an appointment he held until his death.

As state fire marshall, Brockwell argued that the key to fire prevention and protection lay in the correct training for fire personnel. He initiated fire colleges and drill schools in North Carolina, Maryland (under the auspices of the University of Maryland), Virginia, and South Carolina, and for the Federal Bureau of Investigation in Washington. During World War II he studied at the Chemical Warfare School, Edgewood Arsenal, Md., to learn how to fight a new kind of fire. Returning home he began to conduct new drill schools in modern techniques and soon expanded his training to various southeastern states. Toward the end of World War II he was consulted by the Twentieth Air Force about co-relating incendiary tests and weather factors before the bombing of Japan. 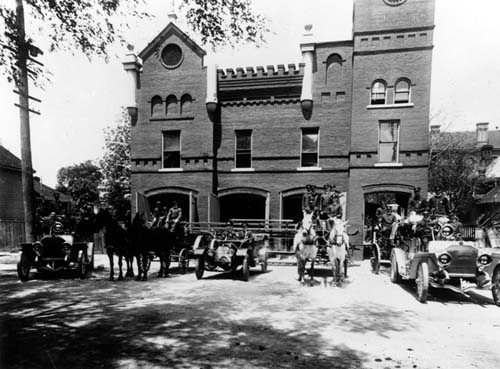 Always concerned about relevant legislation, Brockwell designed a program for safe school buildings and school fire drills that was drafted into law by the General Assembly in 1919; it was followed in 1923 by a law requiring theater exits and in 1925 by the requirement that all buildings erected by the state be of fire resistant construction. Finally, in 1941, the General Assembly enacted into law the state building code, which Brockwell had drawn up with W. G. Guile. For his work in building safety, Brockwell was made an honorary member of the American Institute of Architects.

The author of numerous articles and manuals on fire prevention and firefighting, Brockwell held many offices in state and national fire associations and was the president of the Fire Marshall's Association of North America in 1935. In 1942 he joined the part-time instructional staff of the Institute of Government in Chapel Hill.

In 1904, Brockwell was married to Mildred Bagwell; they were the parents of four children, Louise, Mary, Sherwood, and Kenlon. Brockwell was a member of Christ Episcopal Church, Raleigh, and was buried in Oakwood Cemetery in Raleigh.

I have old photos and id

I have old photos and id cards from Kenlon Harrison Brockwell and old letters from ww2 to a Douglas B diamond jr and fire id cards from ft braggs i would like to return all of this to the family's i found it in a old house up in the rafters in a shoe box before it was torn down.