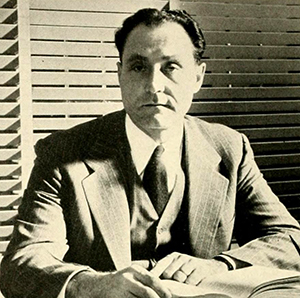 Harold Augustus Bosley, clergyman, theological educator and author, was born in Burchard, Nebr., the son of Augustus Merrill and Effie Sinclair Bosley. Following his preparatory schooling in Burchard, he entered Nebraska Wesleyan University, Lincoln, in 1926 and was graduated with a B.A. degree in 1930. He then went to The University of Chicago, was graduated with a B.D. degree in 1932, and received the degree of Ph.D. in Christian Studies in 1933.

His first year out of Chicago, he was director of Religious Activities at Iowa State University, Ames; he went from there in 1934 to the University of Northern Iowa (then known as Teachers College), Cedar Falls. For the five years he was there, Bosley was in great demand as a preacher and lecturer, and he early confessed that preaching was a prime interest of his professional life. He was then called to the pastorate of the prestigious Mount Vernon Place Methodist Church, Baltimore, where he served for nine years (1938–47).

In addition to his ministry in Baltimore, Bosley was a regular preacher at many conferences of college students. He was stated lecturer at the Pacific School of Theology, Berkeley, Calif. (the Earl Foundation Lectures), in 1940; the Pastors' Institute, Chicago, in 1943; Rochester-Colgate Divinity School, Rochester, N.Y. (Ayer Foundation Lecturer), in 1944; the Pastors' School, Florida Southern College, Lakeland, in 1946; Westminster Theological Seminary, Westminster, Md. (visiting professor of Christian ethics), in summer 1945; and Crozer Theological Seminary, Chester, Pa. (visiting lecturer in the philosophy of religion), in 1947. His preaching and three published books in religious thought resulted in an invitation to Duke University in 1947 to become dean of the Divinity School. His three years there were busy ones for Bosley. Added to his administrative duties, he shared the title of Preacher to the University with two associates, Dr. Franklin Simpson Hickman and Dr. James T. Cleland; gave the Russell Foundation Lectures at Tufts University, Medford, Mass., in 1948; and produced another distinguished volume that received wide praise and established him as a definitive scholar in Christian thinking.

In early 1950 he was invited to the pulpit and pastorate of the famous First Methodist Church, Evanston, Ill., to succeed Dr. Ernest Freemont Tittle. During his twelve years in Evanston, Bosley continued both his internal and external ministries. He visited Carnahan Seminaries and Schools in Latin America in 1951; lectured and preached on a special mission to Japan and Korea in 1955; gave the Mendenhall Lectures at DePauw University, Greencastle, Ind., in 1957; and gave the Willson Lectures at McMurray College, Abilene, Tex., in 1959.

Along the way many recognitions were bestowed on Bosley, including several honorary degrees: D.D., from Nebraska Wesleyan University, Lincoln, in 1943, from Northwestern University, Evanston, Ill., in 1950, and from Manchester College, North Manchester, Ind., in 1964; Doctor of Sacred Theology, from Ripon College, Ripon, Wisc., in 1953; and Doctor of Humane Letters, from Cornell University, Ithaca, N.Y., in 1953.

Bosley was a member of the Association of Methodist Theological Schools (president, 1949); Board of Trustees, Morgan State College, Baltimore; the Merchants Club of Baltimore; the American Philosophical Association; and the Fellowship of Reconciliation. In all his places of residence, he made himself an active member of the community and involved himself in numerous civic affairs. He was especially active during his three years at Duke.

Bosley was married 21 July 1928 to Margaret Marie Dahlston; they had five children: Paul Shailer, Sidney Stanton, Norman Keith, Diane Marie, and David Merrill. During his pastorate at Christ Church, the family lived in Bronxville, but upon his retirement they established residence at Beach Haven Terrace, N.J., where Bosley died.