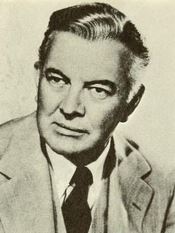 Sidney Alderman Blackmer, professional actor, was born in Salisbury, the son of Walter Steele and Clara De Roulhac Alderman Blackmer. He was graduated from Salisbury High School, Warrenton Academy, and in 1912, Mercersburg Academy in Pennsylvania. He planned to be a lawyer but was more attracted to football at The University of North Carolina, where he was a student between 1911 and 1915 and a star of the team. He went to Europe for a year before finishing college, tried in vain to enlist in the army, and returned to the university, where he stayed until 1915. He eventually did spend two years as a lieutenant in the field artillery in World War I.

Blackmer was a leader in his profession. He was a founder of the Actors' Equity Association and took a major role in the bitter actor-manager struggle of 1919. He was a member of the national executive board of the American Federation of Television and Radio Artists and was president of Theater Authority, the clearinghouse for benefit performances. He belonged to the Lambs and the Players, the two major clubs for actors in New York City.

Blackmer also served as national vice-president of the Muscular Dystrophy Association of America, raising millions of dollars to fight the crippling disease.

Blackmer's debut on the New York stage was in The Morris Dance in February 1917. He appeared with Pearl White in The Perils of Pauline, and from those early roles to his last major role as Ruth Gordon's husband in Rosemary's Baby —a span of fifty-five years—Blackmer always approached his parts with great seriousness. 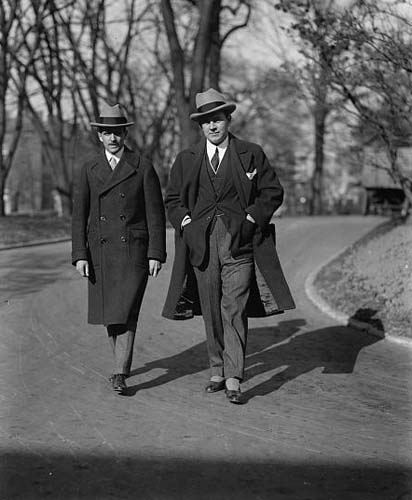 For his first starring Broadway role, as an awkward young Virginia woodsman in the play The Mountain Man, Blackmer prepared by living, for the summer of 1921, unannounced and uninvited, with the isolated mountain people of northern Georgia, studying their dress, their speech, even the expressions in their eyes. Nearly thirty years later, when he was playing Doc, Shirley Booth's alcoholic husband in the William Inge drama Come Back, Little Sheba, Blackmer threw himself into the role in the character's drunken scenes with such relish that during the run of the play he suffered two broken ribs, a sprained ankle, a bloody nose, and severe bruises on his legs and chest. He won both the Donaldson Award and the Antoinette Perry (Tony) Award as best actor of the 1950 season for that role, the critical high point of his career.

Blackmer was probably better known to the general public for his characterization of Theodore Roosevelt, whom he played ten times in plays and movies, including The Rough Rider. With the right pair of glasses and a little makeup, Blackmer bore a startling resemblance to Roosevelt: "It was my father," Alice Roosevelt Longworth remarked after seeing one of Blackmer's performances.

In all, Blackmer appeared in more than forty Broadway plays, two hundred movies, and numerous television dramas. He played opposite nearly every leading lady of his era, from Shirley Temple (he was her adopted father in Heidi ) to Helen Hayes, Eva LeGallienne, and Tallulah Bankhead.

Blackmer married Lenore Ulric, an actress, from whom he was divorced in 1939. Three years later he married Suzanne Kaaren, also an actress; they were parents of two sons, Brewster and Jonathon. Although Blackmer lived in New York, he retained his family home in Salisbury, where his children were reared and where he came to relax.

Sidney Blackmer died at the Sloan Kettering Institute for Cancer Research in New York City when he was seventy-eight. He was buried at the Chestnut Hill Cemetery in Salisbury.

Thank you for taking the time to post this!