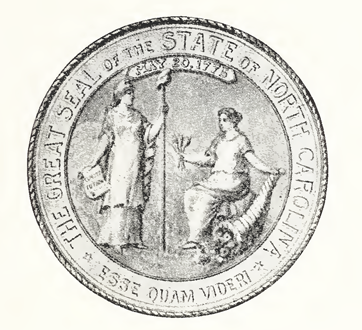 Jacob Battle, lawyer, state senator, and superior court judge, was born at the Falls of Tar River in Nash County. He was the eldest son of Turner Westray Battle and Lavinia Bassett Daniel Battle, daughter of Joseph John Daniel, associate justice of the North Carolina Supreme Court. Jacob Battle's father was a planter of Edgecombe County, who took a deep interest in public affairs. At the beginning of the Civil War he formed a company, the Confederate Guards, with which he served as captain.

At the age of eleven Jacob became a pupil of Ralph H. Graves, the elder, under whom he studied for two years at Belmont School, Granville County; he then spent one session at St. Timothy's Hall at Catonsville, Md. In 1866 he entered The University of North Carolina, remaining there until the university closed its doors in 1868 and then transferring to the University of Virginia, where he received his undergraduate degree and his M.A. in 1872. Determined to follow the legal profession, he studied under private instructors and took a summer course in law at the University of Virginia, acquiring his license from the state supreme court in 1876.

He opened a law office in Rocky Mount and soon established a flourishing practice. In 1892 he was elected state senator. Because of a keen interest in education, he was made chairman of the Committee on Education and thereby helped to stimulate a sentiment favorable to the diffusion of education throughout the state. Governor Elias Carr selected him to fill a vacancy on the superior court in his district in 1893. The Democratic convention nominated him to succeed himself, but a fusion between Populist and Republican parties resulted in the defeat of the state Democratic ticket. At the expiration of his term he returned to his law practice in Rocky Mount.

It is interesting to note that the bill to adopt North Carolina's state motto, esse quam videri, which passed unanimously in 1893, was introduced by Battle at the request of Judge (later Chief Justice) Walter Clark. It is a tribute to Battle's impartiality and knowledge of the law that very few of the cases he decided as a superior court judge were appealed to the supreme court and that those few had an exceptionally high record of affirmance.

He was married twice: in 1874 to Iva Isabella Steele of Yorkville, S.C., who died in 1894, and in 1896 to Nell Gupton of Rocky Mount. From his first marriage was born a son, Jacob, Jr., who predeceased his father, and from his second another son, Turner Westray III, and two daughters, Dorothy and Mary Long Gordon.

Battle was a member of the Episcopal church and for many years served as senior warden and treasurer of the Church of the Good Shepherd. He died at his home in Rocky Mount and was buried in the old family burying ground near Cool Spring Plantation at Old Town. There are several portraits of him, one in the Nash County Courthouse, Nashville, one with each daughter, and another with the descendants of his son Turner.

Kemp D. Battle, Address on presentation of portrait to Nash County Courthouse (1 Mar. 1933, in the possession of the author).

Resolutions Commemorative of Late Jacob Battle, Esq. (24 Jan. 1917, in the possession of the author).