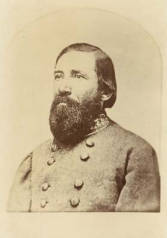 Cullen Andrews Battle, lawyer, politician, and Confederate general, was born in Powelton, Ga., but removed with his parents to Irwinton, Ala., in 1836. His father, Dr. Cullen Battle, was a native of Edgecombe County, and his mother, Jane Andrews Lamon, was a native of Wake County. After graduation from the University of Alabama, he read law with his brother-in-law, John Gill Shorter, later to be war governor of Alabama. Battle in 1851 married Georgia Florida Williams of La Grange, Ga. Beginning the practice of law at Tuskegee in 1852, he became active in politics, serving as a presidential elector and delivering many political addresses throughout the country.

When his state seceded from the Union in 1861, he raised a company of volunteers at Tuskegee and joined the Third Alabama Regiment, of which Tennant Lomax became colonel and Battle lieutenant colonel. At Boonsboro, Md., he was wounded, and at Fredericksburg he was injured when his horse fell on him. He was on the command staff at Chancellorsville. For conspicuous gallantry at Gettysburg, he was promoted to brigadier general. In many other campaigns and battles he played a leading role. At Cedar Creek, Va., he was wounded and permanently disabled. On 19 Oct. 1864 he was commissioned major general, but because of his wounds he was never active in this rank.

During the last part of the war, Battle appeared before each regiment of his brigade, appealing to the men to reenlist unconditionally for the remainder of the conflict. His soldiers were the first to do so, and he was warmly praised by his superior officers and by the Confederate Congress. 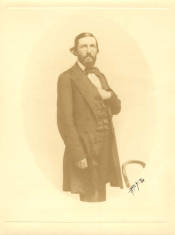 After the war, Battle resumed his law practice at Tuskegee. He was elected to Congress, but Republicans refused to seat him or other Southern Democrats disfranchised for their parts in the Civil War. When his son, Henry Wilson, was pastor of the First Baptist Church at New Bern, from January 1888 to December 1890, Battle moved there and was warmly welcomed by numerous former war comrades from Craven and adjoining counties.

Battle for a short time edited the New Bern Journal. Without soliciting the office or even receiving advance notice, he was elected mayor by New Bern councilmen on 8 May 1890; he served in that office with great honor and distinction. His address on Confederate Memorial Day, 10 May 1890, is regarded as one of the most eloquent speeches ever heard in the town, and occasionally he spoke at other North Carolina cities.

He died in Greensboro while his son was the Baptist pastor there and was buried at Petersburg, Va. In addition to his son, Battle was also survived by a daughter, Jennie. A grandson, John, born while the Reverend Henry Wilson Battle and his wife (formerly a Miss Stewart from Clinton) lived in New Bern, became governor of Virginia.

A new temporary army camp for guard duty along the North Carolina coast was opened in January 1942, during World War II, at Glenburnie Park, two miles up the Neuse River from New Bern. Lieutenant Colonel Wilson H. Stephenson, the second commanding officer, named it Camp Battle for General Battle, with the assertion that the designation was doubly appropriate for a modern war post, although he hoped that it would always be called Camp Battle and never Battle Camp.