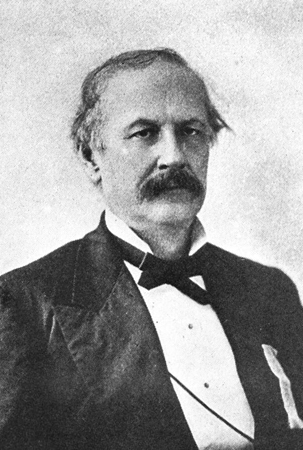 James McNair Baker, Confederate senator, circuit judge, and justice of the Supreme Court of Florida, was born in Robeson County, the tenth and youngest child of Archibald (1769–1842) and Catherine McCallum Baker (1777–1859). His grandfather, Daniel McCallum, had emigrated from Argyllshire, Scotland, in 1770 and settled in Robeson County, where he married Isabel Sellars, also from Argyllshire. Baker's other grandfather was John Baker of Moore County. One of James McNair Baker's five brothers was the Reverend Archibald Baker (10 Dec. 1810–2 Oct. 1878), who was the president of Floral College, North Carolina, and held pastorates at Ashpole Church, Robeson County, Rockingham, Laurel Hill, Philadelphus, and Salisbury.

Archibald Baker having died, James McNair Baker's brother, Angus Sellars, sent James to Davidson College, where he specialized in law and was graduated in 1844. He began a law practice at Lumberton, but it was terminated when an attack of typhoid fever left him in a weakened condition, and his physician recommended a sojourn in Florida. He rode on horseback to Florida in 1847 and in that year was admitted to the bar at Madison. He began practice at old Columbus, the head of navigation of the Suwannee River, but shortly moved to Alligator, the name of which he was instrumental in having changed to Lake City.

In 1852 he became state's attorney for the Suwannee Circuit. In that same year he was made a delegate to the Whig National Convention in Baltimore, where, with the rest of the Florida delegation, he opposed the nomination of Winfield Scott. Scott's nomination turned Florida against the Whig party, and Baker was unsuccessful when, in 1856, he resigned his position, accepted the Whig nomination for Congress, and stumped the entire state on horseback. After the Civil War, Baker became a staunch Democrat.

In 1859, even though the Suwanee circuit was Democratic, Baker was elected judge as the Whig candidate by a very large majority.

Although Baker was opposed to secession in 1860 and supported the Bell and Everett ticket, after Florida seceded his allegiance was given to the Confederacy. In 1861 he was elected by the legislature to represent Florida in the Confederate Senate; he was reelected in 1863 and served throughout the war, living in Richmond.

Baker returned to Florida at the close of the war and established his home in Jacksonville, where he resided the rest of his life. In 1866 he was appointed associate justice of the Florida Supreme Court by Governor David S. Walker, but, in 1868, upon the ratification of the new constitution and the beginning of Reconstruction, he retired from public office and began the practice of law again. He earned his greatest professional reputation at this time, through his connection with litigation concerning the disposition of the lands of the internal improvement fund of Florida and the bonds and indebtedness contracted by the railroads built under the terms of the act of 1855 creating that fund.

In 1876 he became a member of the state Democratic executive committee and worked hard and successfully to redeem the state from the misgovernment of the Reconstruction period. He gained his greatest respect, perhaps, as a defender of southern rights during the carpetbagger era.

In 1881, at the almost unanimous request of the bar, he accepted from Governor William Bloxham the appointment of judge of the fourth judicial circuit, to which position he was reappointed in 1885 by Governor Edward Perry. Failing health caused his resignation in August 1890. He died at his home and was interred in Evergreen Cemetery in Jacksonville, where also are buried his wife, two of their sons, and some grandchildren.

For a great many years, Baker was a ruling elder of the Presbyterian church and often attended the church councils. In 1885 he represented the Synod of South Georgia and Florida at the Pan-Presbyterian Council in Philadelphia.

Baker County, Fla., was named in his honor.