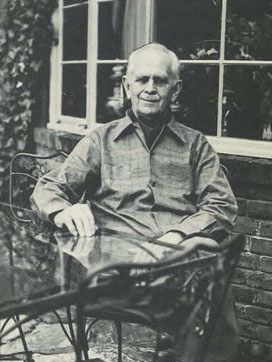 Herman Glenn Baity, sanitary engineer and educator, was born in Clarksville Township, Davie County, to George Wesly and Sallie Sprinkle Baity. He was educated in public schools in Iredell County and was graduated from Harmony High School in 1913. He then entered The University of North Carolina and in 1917 received his A. B. Upon his graduation from the university, he became a first lieutenant with the Allied Expeditionary Force in France until 1919, serving through the St. Mihiel and Argonne offensives. He attended the Sorbonne, University of Paris, in 1919.

Upon returning to the United States, he became the superintendent of schools in Ronda for a year. He left this post to take a position as instructor and student at his alma mater, from which he received a B.S. degree in 1922. While a student at Chapel Hill, he was editor of the Tar Heel and a member of both Di Society and Phi Beta Kappa.

After receiving his B.S., Baity served as assistant sanitary engineer of the state board of health from 1922 to 1924. In 1924 he entered Harvard University on a Rockefeller Foundation grant, winning his M.S. degree in 1925; he completed resident study requirements for his doctorate in 1926 and submitted his thesis for and received the first doctorate in the field of sanitary engineering in 1928. During this period at Harvard, he won the Clemens Herschel Prize for the most outstanding work done in America in the field of sanitation, achieving the most brilliant record made in the Harvard Engineering School. He was invited to join the Harvard faculty but refused and returned to The University of North Carolina.

From 1926 until 1929 he served as associate professor of sanitary engineering at the university and, until 1931, as associate engineer for the state board of health. During this period he helped promote the rebuilding of water works and sewage disposal facilities throughout the state. 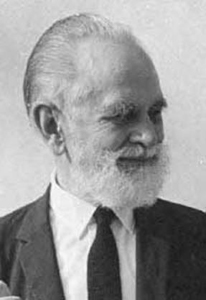 During the depression, he served as the director of the branch of the state federal Public Works Administration in the early 1930s and took an absence from teaching to devote full time to the organization from 1934 to 1936.

From 1937 to 1943, Baity acted as consultant to the National Resources Planning Board in addition to his teaching; he was special consultant to the U.S. Public Health Service from 1941 until 1949. During this period he spent a good deal of time in South America, helping to develop sanitary installations in Brazil, Uruguay, Bolivia, Peru, and elsewhere.

In the 1946–47 school term he was acting dean of the School of Public Health, and on 12 Mar. 1952 he became the chief engineer and director of sanitary engineering for the World Health Organization in Geneva, Switzerland. In this position, he played a major role in developing sanitation facilities throughout the world. In 1962, Baity returned to his home in Chapel Hill; he nonetheless maintained an active role as international consultant to the World Health Organization, and in 1964–65 he served as visiting professor of sanitary engineering at the University of Teheran.

Baity was a frequent contributor to publications, particularly the American Journal of Public Health. He is credited with membership in the Society for Promotion of Engineering Education, North Carolina Academy of Science, American Public Health Association, and the British Association of Municipal Workers. He was given a life membership award in the American Society of Engineers and the Hemisphere Award of the Inter-American Association of Sanitary Engineers; he was president of the latter organization in 1954.

In 1930, Baity married Elizabeth Chesley; two sons, William and Philip, were born to them.

Baity's body was cremated, and the ashes were divided between the old Chapel Hill Cemetery and his garden in France.

ESE: A Brief History. Department of Environmental Sciences and Engineering at the University of North Carolina at Chapel Hill: #