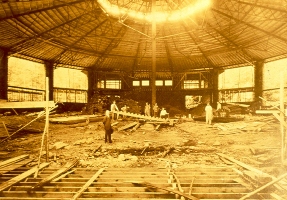 Robert Campbell Anderson, Jr., Presbyterian minister and son of the Reverend Robert Campbell and Justina Caroline Armistead Anderson, was born near Martinsville, Va. He was graduated from Hampden-Sydney College in 1887 and from Union Theological Seminary in Virginia in 1890. Licensed by Roanoke Presbytery of the Presbyterian Church, U.S., on 26 Apr. of the same year, and ordained to the ministry by the Presbytery of Central Texas on the thirtieth of the following August, he held the pastorate of the San Angelo, Tex., Presbyterian church from 1890 until 1892. He served as pastor of the Second Presbyterian Church of Roanoke, Va., from 1892 to 1897, with the exception of the academic year 1895–96, which he spent in study at Edinburgh, Scotland. He was pastor of the Shelbyville, Tenn., Presbyterian church, from 1898 to 1905 and of the First Presbyterian Church of Gastonia from 1905 to 1911. 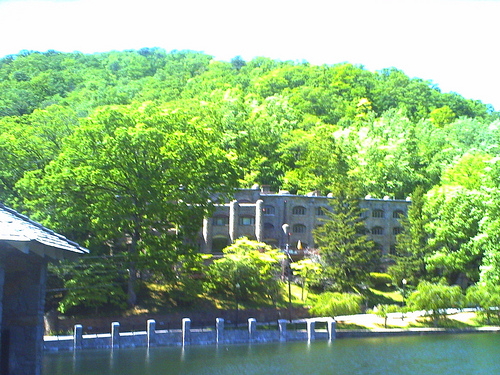 Women, which he had founded in 1916, and of its successor, Montreat College. In 1959 the latter institution was renamed Montreat-Anderson College in honor of Dr. and Mrs. Anderson. Davidson College conferred the D.D. degree upon Anderson in 1923, and in 1939 Hampden-Sydney College honored him with its Algernon Sydney Sullivan Award.

On 30 Dec. 1890 he married Katie P. Walker of Richmond, Va., who died in 1892. On 11 Nov. 1896 he and Sadie Kelly Gaither of Charlotte were married. Dr. and Mrs. Anderson established the Robert C. and Sadie G. Anderson Foundation for the advancement of the work of the Presbyterian Church in the U.S. Anderson wrote The Story of Montreat from Its Beginning, 1897–1947 (1949); he became widely known as the developer and builder of Montreat as a conference center for his denomination. The Historical Foundation and the library of Montreat-Anderson College, both at Montreat, have portraits of him. He died at Montreat and was buried in Elmwood Cemetery, Charlotte.

Robert Campbell Anderson, Jr., The Story of Montreat from Its Beginning (1949).

Henry Dendy, in Presbyterian Church in the U.S., Minutes, Synod of Appalachia (1955).

The story of Montreat from its beginning, 1897-1947, by Robert Campbell Anderson in WorldCat.