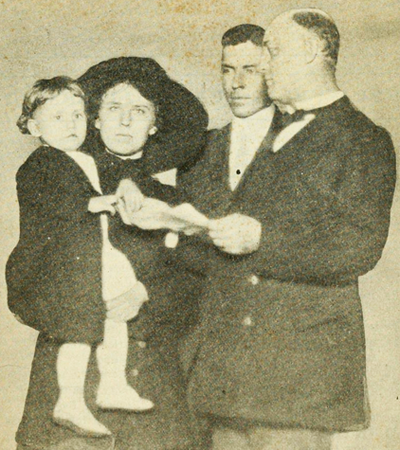 Better Baby contests were held throughout the nation, including in North Carolina, during the early decades of the twentieth century. The contests were a part of both the larger infant welfare movement, which sought to combat high rates of infant mortality and morbidity, and the efforts of various reformers to modernize rural lifestyles and home environments. Designed to measure child health and educate mothers in better child-rearing practices, the contests were held at a variety of venues, including county and state fairs and in mill villages. Woman's Home Companion magazine and the Child Welfare Magazine of the National Congress of Mothers provide the most complete coverage of better baby contests nationwide. The Companion reported that by 1914 all but three states in the country had held at least one baby health contest, and that by 1915 more than 200,000 babies had participated in the contests.

Child participants were initially limited in age from 6 to 36 months, but after 1914 children up to age five were allowed to compete. In spite of some variety in location and organization, North Carolina's better baby contests all followed similar procedures for determining which babies were "better" and which were not. Woman's Home Companion developed the Better Babies Standard Score Card in conjunction with physicians, distributed pamphlets with instructions on how to hold contests, and created a wall chart for judges that explained the scoring system and how to make the required measurements.

Scorecards included analyses of such physical characteristics as height; weight; symmetry; quality of skin, fat, and bones; length of head; and shape and size of ears, lips, forehead, and nose. Psychological measurements included disposition, energy, facial and ocular expression, and attention. Using the categories of the scorecard and the typical measurements for normal boys and girls, physicians across the country served as judges, examining babies in order to score and rank them, often differentiating between boys and girls, and urban and rural children. Woman's Home Companion also distributed the same prizes to winners across the country, including cash awards of $25 to $100; Better Babies medals in gold, silver, and bronze; and Better Babies certificates of award.

Richard A. Meckel, Save the Babies: American Public Health Reform and the Prevention of Infant Mortality (1990).