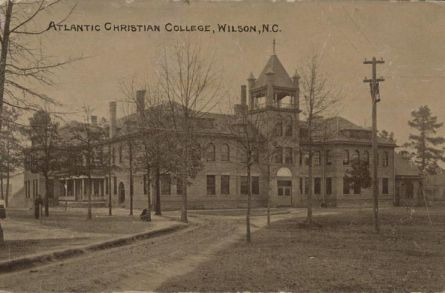 In 1990, in recognition of Barton Warren Stone (1772-1844), one of the progenitors of the Disciples of Christ denomination-and also in an attempt to dispel any perceptions of fundamentalism-Atlantic Christian changed its name to Barton College. The school in the early 2000s enrolled approximately 1,300 students representing 26 states and 24 foreign countries. Barton awards the Bachelor of Arts, Bachelor of Science, 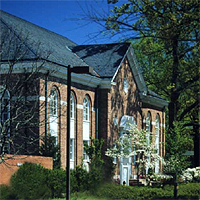 Bachelor of Fine Arts, Bachelor of Liberal Studies, Bachelor of Science in Nursing, and Bachelor of Social Work degrees. The college also offers Lifelong Education and Weekend College Programs, along with study abroad opportunities in Japan, South Korea, and Switzerland. From one building on a five-acre campus, the college has come to include 23 buildings on a 32-acre main campus, with an athletic complex located on an additional 30-acre tract.

Barton College's presidents since its inception have included James Caswell Coggins (1902-4), namesake of the Coggins Cup for academic achievement; John James Harper (1904-8), who gave Atlantic Christian College its name and was honored, along with other members of his family, with the dedication of Harper Hall in 1950; and Howard Stevens Hilley (1920-49), a Rhodes scholar and Oxford graduate who, during his lengthy tenure, witnessed the construction of the Hardy Alumni Hall (1935), the gymnasium (1935-39), and Howard Chapel (1939).