Zebulon B. Vance Birthplace, a North Carolina State Historic Site established in 1955 and located 12 miles northeast of Asheville on Reems Creek Road near Weaverville, serves as a memorial to North Carolina's Civil War governor and U.S. senator Zebulon B. Vance (1830-94). The site, where Vance spent his early childhood, is representative of an 1830s mountain farmstead. The modern State Historic Site consists of a two-story, five-room log house reconstructed around the original chimneys, six log outbuildings, and a visitors center. Throughout the year, visitors can learn about the Vance family through exhibits, a media presentation, and guided tours of the house and grounds. Seasonal demonstrations of the skills and trades needed to survive in the mountains during the early years of the nineteenth century are also offered. 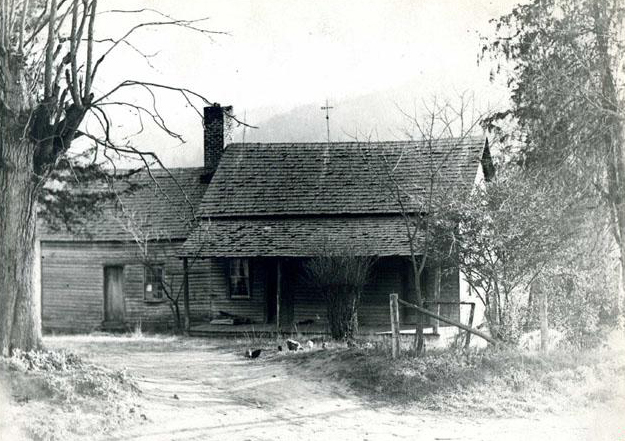 "An Act Repealing Chapter 1234, Session Laws of 1953 and Transferring the Appropriation Made in Section 4 of Said Act to the State Department of Archives and History for the Purpose of Aiding Said Department to Acquire the Zebulon Baird Vance Birthplace and to Establish the Same as a Perpetual Memorial to the Name and Memory of Zebulon Baird Vance." 1955 Session Laws and Resolutions passed by the General Assembly at the Regular Session. Winston-Salem, N.C.: Winston Printing Company. 1955. p.1339. http://digital.ncdcr.gov/u?/p249901coll22,381365 (accessed August 28, 2012).

I was showing my wife the

I was showing my wife the pictures of the old house that Zebulon B. Vance grew up in and she tells me her Dad, Zebulon Allen Rhodes was kin to him and that they had an old bible in their home that she used to read that belonged to the Vance family and that her dad donated it to the historic site and it is on display there. Pretty interesting but not sure how they are kin?

Thanks for visiting NCpedia and taking a minute to share your wife's connections to Zebulon Vance.  That's very interesting!

By email, I am going to send you contact information for our reference and genealogy staff and services here at the Government & Heritage Library. They will be able to give you information about researching North Carolina family history and how to connect with genealogy and historical resources here at the Government & Heritage Library.

Good luck with this research!

I am doing some heritage and

I am doing some heritage and genealogy research on my family. Can you please send those tips/links to me as well? Thanks in advance

so old but WOW!

so old but WOW!