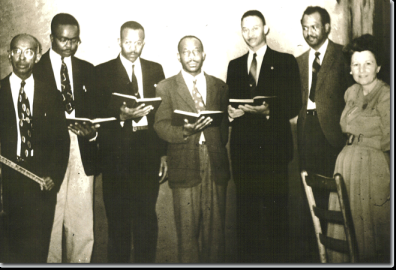 Winston-Salem Bible College, formerly the Christian Institute, began in 1945 in a storefront building on Wheeler Street in Winston-Salem. After a shaky beginning during which the college was forced to close its doors twice due to inadequate financing, it reopened in 1950 as a "special purpose" undergraduate institution whose mission was to educate and train workers for evangelism in areas not currently reached by existing churches, especially in the African American community. In 1976 the college moved to a new location on Northampton Drive. During the 1960s and 1970s it expanded and began to train workers from Central America, South America, Africa, and the Caribbean as well as students from the United States. An emphasis on urban ministry and a desire to foster communication between people of different cultures emerged. The college soon had trained more than 70 ministers in the Triad area of North Carolina and 30 percent of the ministers in the region's Independent Christian Churches. The student body of the modern Winston-Salem Bible College averages about 70 percent black, 15 percent white, and 10 percent foreign.

Winston-Salem Bible College changed its name to Carolina Christian College in the fall of 2007.

Kelley, Winston-Salem Bible College: How It All Began (1993).