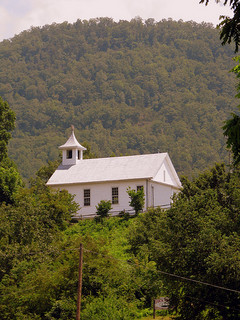 The Wesleyan Church, headquartered in Indianapolis and with theological connections to the Methodist Church, resulted from the merger (1966-68) of two small but similar denominations, the Wesleyan Methodist Church and the Pilgrim Holiness Church. Some articles of faith were reworded or updated; overlapping conferences, districts, and educational institutions were combined or eliminated; and boundaries among select churches were realigned by mutual consent. But, by common agreement, basic doctrines remained unchanged, and despite the schism of some communities from each of the merging denominations, the union was a marked success.

The Wesleyan Methodist Church in America was created in early 1843 as a result of a schism from the Methodist Episcopal Church over slavery, holiness, and the arbitrary use of episcopal power by the parent church. For more than 20 years the church focused its energies upon the antislavery movement, but by 1867 attention shifted dramatically to revivalism, holiness, and evangelizing, and a church that had heretofore been eastern in locale now directed itself west, north, and south.

North Carolina was one of the primary objectives of this new focus because of earlier commitments. In 1848 first one and then three missionaries had been sent into Alamance County, where they established a number of small churches before being driven out three years later by violence and the local courts. In 1871 two native-born ministers with church support returned to the state and successfully established the Wesleyan Methodist Church. By 1879 North Carolina was a separate conference that was to become and to remain the largest in the South. While the state denomination, headquartered at Colfax after 1927, grew slowly, it was by 1968, on the eve of the merger with the Pilgrim Holiness Church, the largest conference in the national Wesleyan Methodist Church, with 6,340 members.

In North Carolina, the Pilgrim Holiness Church and Wesleyan Methodist Church united 153 congregations and 9,829 members in the merger. By the early 2000s, North Carolina's 158 Wesleyan churches had nearly doubled their membership since 1968 to more than 17,500 members.