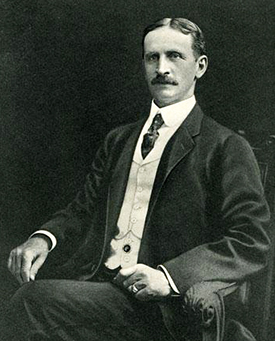 The American Tobacco Company was organized in 1890 by James B. Duke, a member of W. Duke, Sons and Company of Durham. At the time, the Dukes' Durham operation was already a leader in the emerging business of manufactured cigarettes. The new American Tobacco Company, capitalized at $25 million, allied five large existing tobacco companies, one of which was W. Duke, Sons and Company. From the moment it was formed, the American Tobacco Company possessed a near monopoly on sales of manufactured cigarettes. By 1908, when the government began the federal lawsuit that led to the Supreme Court decision, the company had extended its monopoly in the United States to most other branches of the tobacco industry, including plug tobacco, smoking tobacco, snuff, and little cigars.

The Supreme Court's ruling had two particularly significant results for North Carolina. First, James B. Duke's association with the American Tobacco Company ended in 1911. Duke's business attention was partly redirected to the development of hydroelectric power in North Carolina and South Carolina through the Southern Power Company, which had been incorporated in 1905. Second, the R. J. Reynolds Tobacco Company, in 1913, introduced its Camel brand, which eventually captured a substantial share of the cigarette market.