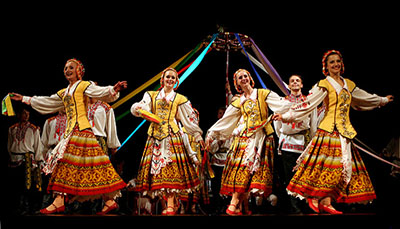 Folkmoot, USA is an annual two week international festival founded in Waynesville North Carolina, to promote the cultural exchange of traditional dance and music. Its name comes from an old English word meaning "meeting of the people." Their goal is to "celebrate diversity and differences, encourage cultural conversation and inclusion, and preserve and honor worldwide cultural heritages, especially using dance as a tool to achieve world peace."

Folkmoot was the idea of local Waynesville surgeon Dr. Clinton Border who thought that North Carolina's rich traditional culture would make it ideal for hosting an international heritage festifal. The first festival was held in 1984 and featured perormers from England, Germany, Holland, Ireland, Turkey, Mexico, Puerto Rico and India. Since then, over 8,000 performers from 200 different countries have performed at Folkmoot. The festival is held over a two week period at locations throughout Western North Carolina and now includes a year-round cultural center and non-profit organization. On average, Folkmoot, USA draws over 70,000 visitors from 40 different states. It is one of only two American festivals of its kind, and is internationally acknowledged and respected. It has also been designated “One of the Top Twenty Events in the Southeast” by the Southeast Tourism Society for more than twenty years.

Recently the festival has promoted a shift from a primarily 'audience' format to that of an interactive, educational framework. New activities include dance lessons, community dinners, cultural pannel discussions, a kids camp, and educational partnerships with local schools and universities. Popular traditional events include the Parade of Nations and International Festival Day in downtown Waynesville.

Whereas, the name "Folkmoot" is an old English word meaning "meeting of the people"; and

Whereas, the first Folkmoot festival was held in 1984 and has grown to one of the largest folk festivals of its kind; and

Whereas, most of Folkmoot's worldwide participants are not professional dancers and musicians, but ordinary people who are proud of their culture and enjoy sharing it with others; and

Whereas, over the years, 190 folk groups representing 95 countries have participated in Folkmoot; and

Whereas, Folkmoot has been named a "Top 20 Event in the Southeast" by the Southeast Tourism Society for 16 years, a 2003 "Top 100 Event in America" by the North American Bus Association, and one of North Carolina's "Most Outstanding Festivals"; and

Whereas, Folkmoot creates a positive economic impact of almost four million dollars in the State; and 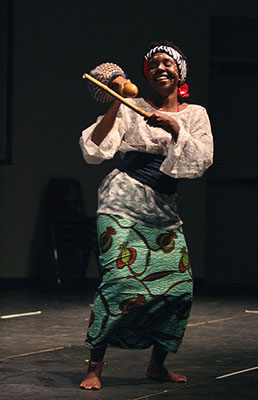 Whereas, Folkmoot is a great cultural resource that provides entertainment and education and promotes tourism in North Carolina; and

Folkmoot USA is adopted as the official international festival of the State of North Carolina."

In the General Assembly read three times and ratified this the 3rd day of July, 2003.