Speaker of the Assembly 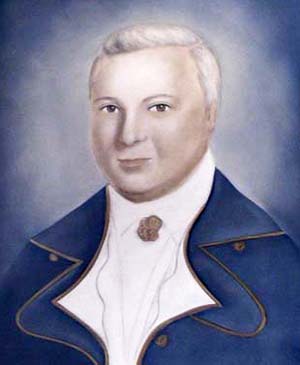 The Speaker of the Assembly, called the manager of the House of Burgesses in colonial North Carolina, was the most important person in the legislature and possibly the key individual in the legislative process. A sitting member of the Lower House chosen by a majority of his fellow assemblymen at the beginning of each session, the Speaker moderated the proceedings of the body while preserving and protecting its privileges. It was his responsibility, after meeting with and receiving the governor's approval, to call the Assembly to order, to determine who might be admitted, and to interpret the rules of the Lower House. He recognized all speakers, decided what matters could come before the House, and directed all debate. The Speaker was also responsible for amending bills and assisting in the appointment of committees, both temporary and standing. To minimize conflict on the floor, questions of order were directed to the Speaker, who sought to "explain but not to sway the house with arguments or disputes." No meeting of the Lower House was legal without the Speaker's presence, and in the event that a quorum was as few as 15 members, one of them had to be the Speaker. In addition, no bill could become law without his signature.

Successful speakers of the Assembly required not only leadership qualities but also political and oratorical skills in order to form a working consensus of the membership, to represent the House before the governor and the North Carolina Council, and to act as spokesman of the people. Chief among those who occupied the Speaker's chair and exemplified these traits were Edward Moseley, Samuel Swann, and John Harvey at different times between 1708 and 1774.

Whereas Moseley, Swann, and Harvey enabled the Lower House to function more effectively, productively, and aggressively, post-1776 Speakers were less influential. The speakership, which ceased to be the primary focus of opposition to governmental policies after the adoption of the state Constitution of 1776, became instead only one of several means of political training or service available for state leaders. Even though Thomas Benbury occupied the Speaker's chair for six years (1778-82, 1784) and Stephen Cabarrus held it for ten years between 1789 and 1805, the importance of sitting in the House of Commons, as it was now called, including the speakership, was seen as less desirable than comparable service in the State Senate, the governorship, or the U.S. Congress.