Nathaniel Rice (d. January 1753) came to North Carolina from England in 1731 with commissions as royal councillor and provincial secretary. He had procured these through the influence of his brother-in-law Martin Bladen for the purpose of infiltrating the government of the first royal governor, George Burrington. In 1730 Burrington turned in his list of appointments to the royal council to the Board of Trade, having left the two most senior slots for the Board to fill. Bladen, a longtime adversary of Burrington’s who served on the Board, took the list and wrote in his own selections for those positions, including Nathaniel Rice as Secretary. The board accepted this list despite Burrington’s appeal. The circumstances of his appointment, and the resulting autonomy, caused tremendous conflicts between Rice and Burrington.

There is no evidence to indicate that Nathaniel Rice lived in North Carolina prior to his appointment to the royal council. Once in the colony, however, he accumulated a large estate, including at least seventeen slaves and 6,340 acres of land, primarily in Bladen, Onslow and New Hanover Counties. His residence was in a section of New Hanover County that has since become Brunswick County. Rice likely visited South Carolina prior to his appointment to North Carolina’s council, perhaps as early as 1725, and purchased lands there, as well. He is reported to have gone to South Carolina in September of 1731 to collect his family and bring them back to North Carolina. 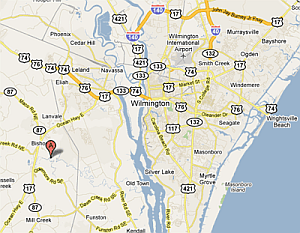 Nathaniel Rice seized control of the colony as acting governor in 1734. The situation is unclear, for while the group claimed that Burrington had “departed” North Carolina, there are no documents to substantiate the claim. It is possible that he was simply in poor health or even on one of his many explorations within the colony. Depending on the circumstances, this was a questionable, if not illegal, move since Rice did not follow the procedures for such an assumption of power, appointing himself the acting governor in the presence only of his associates.

Following his return, Burrington dismissed Rice from the council alleging an attempt by Rice and others to murder him. Rice was restored to the council and the office of secretary upon Gabriel Johnston’s assumption of the governorship in November of 1734. Under Johnston, Rice continued to support causes in which he believed, even if they were in opposition to the governor. When Johnston died in July of 1753, Rice, still president of the Council, again became acting governor. This tenure was unremarkable except that it was the period in which Bishop August Gottlieb Spangenburg visited North Carolina and chose lands for the Moravian settlement.

On January 29, 1753, feeble and long suffering from the gout, Nathaniel Rice died. He left a wife, Mary and a son, John. He was buried on his property near Rice’s Creek in a part of New Hanover County that has since become Brunswick County.