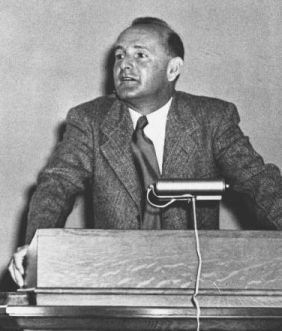 In 1939 Walter Kempner of the Duke University Medical Center in Durham began to prescribe a short-term diet based almost entirely on rice-high in fiber, low in protein and fat, and salt-free-to patients with kidney disease and hypertensive vascular disease. Within a few years he concluded that his diet was of general benefit in reducing blood pressure and other heart conditions, and in 1944 he presented some of his pioneering conclusions at a meeting of the American Medical Association.

By the late 1950s this diet had also become popular as a way to drastically reduce weight. Over the next few decades Kempner began to attract patients from all over the country who were seeking to lose weight. At first they lived in private homes in Durham, where the diet would be specially prepared for them and where Kempner and his staff could monitor their progress. As their numbers increased, patients lived in motels or rented apartments, and a Rice Diet Center was created with a common room and a common kitchen. In the first weeks their diet consisted of nothing but fruit and small amounts of rice; tomatoes were then added and gradually a few other vegetables, as patients came closer and closer to their target weight. Walks were prescribed between meals.

Medical examinations, tests, and living expenses made treatment at the Rice Center expensive-around $4,200 a month by 2002-but it drew many people who testified happily to its effectiveness, including several celebrities. Popular books praising Durham as the "Diet Capital of the World" increased the rice diet's fame. After Kempner retired in 1991, the Rice Diet Program continued under Robert Rosati's direction along much the same lines, although a number of educational programs were arranged to help participants change their eating behavior and a few spices were introduced into what was originally an intentionally bland (and therefore unappetizing) diet. Tai Chi, yoga, meditation, and other forms of mental and physical development were also available to rice diet participants.

The Rice Diet separated from its association with Duke Medical Center in 2002, continued to operate under Dr. Rosati, and then closed its doors in 2013.  Over the preceeding years, the clinic had fewer enrollments.  John Aycoth, a former weight-loss patient at the Duke Diet & Fitness Center, apparently attempted unsuccesfully to buy the program and instead organized his own program in Durham, called the Rice House Healthcare Program.  Although unrelated to the original center and subsequent business, Aycoth's program was apparently built on the original program of Dr. Kempner.  The program is currently directed by Dr. Frank Neelon. The program website can be found at: http://www.ricehouse.org/

Is the Rice Diet Center

Is the Rice Diet Center (where my mother once worked) still in operation and where is it located?

Thanks for visiting NCpedia and taking a minute to share your question.

The Rice Diet Center closed in 2013, and it had previously separated from Duke Medical Center in 2002.

Here are two news stories about the closure:

I hope this helps answer your question.

Hi Kelly, I knew Gerald's mother when she was at the Rice Diet Program several years ago. She was from Pittsburgh. The medical director of the Rice Diet Program, Dr. Frances Neelon, is still working and offering the original Walter Kempner treatment plan in Durham. Dr. Rosati retired, and declined to release the Rice Diet Program name to his former partner, so Dr. Neelon operates the same program under the Rice House Healthcare Program in Durham, in a facility located on North Duke St., Bldg. 800, Durham, NC 27704. The web site is http://www.rhhp.com Hope you find this helpful