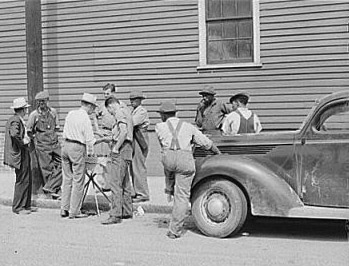 Peddlers in southern business history and lore are usually associated with antebellum northern entrepreneurs who sold clocks, tinware, and other items, but itinerant merchants were familiar figures in North Carolina until the twentieth century. In a rural state where many residents remained distant from general stores, peddlers linked country dwellers to a world of manufactured goods that expanded briskly after the Civil War. Besides the wares that filled their packs or festooned their wagons, peddlers arrived with another valuable commodity: news from beyond the neighborhood. They turned backyards and front rooms into merchandise showrooms and accepted payment in trade, practices that made them especially welcomed by rural women whose trips to town or country stores often were rare.

In nineteenth-century American folklore, peddlers aroused a mixture of fascination, fear, and fantasy. They heralded a new consumer culture and symbolized the apprehension and ambivalence generated by the spread of a market economy. In popular imagination, peddlers aroused suspicion as outsiders and shrewd tricksters who found women, in particular, vulnerable to verbally seductive sales pitches. In the antebellum South, race-based anxieties compounded such suspicions. Planters feared that peddlers trafficked with slaves who bartered for goods with pilfered livestock. Slave owners, moreover, worried that itinerant merchants were abolitionists in disguise, sowing seeds of rebellion. 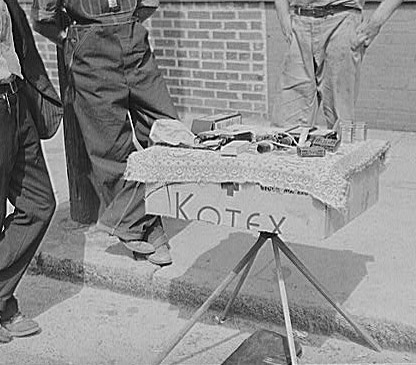 After the Civil War, Jews who had recently emigrated from eastern Europe got a foothold in business by peddling in North Carolina and other southern states. With little capital themselves, immigrant peddlers often catered to poor whites and blacks whose access to store credit was limited; some peddlers managed to accumulate enough cash to start their own permanent stores.

Although stereotyped as shady dealers, in reality peddlers were vulnerable travelers who could be easy crime targets. Such was the fate of Samuel Tucker, a Jewish peddler from Richmond who sought overnight lodgings in Franklin County in 1892 only to be robbed and murdered. The culprits tossed Tucker's body into a vine-covered ravine, where it went undetected for months.

Determining the precise number of peddlers who sold their wares in North Carolina at any given time is difficult. What is clear, however, is that this ancient form of selling remained an important part of the state's commerce into the twentieth century, when more sophisticated traveling salesmen replaced peddlers and improved transportation made getting to the store easier for consumers.

David Jaffee, "Peddlers of Progress and the Transformation of the Rural North," Journal of American History 78 (September 1991).

Peddler selling patent medicines to farmers outside warehouse on opening day of tobacco market in Mebane, North Carolina, where many Caswell County farmers sell their tobacco at auction. Image courtesy of Library of Congress. Available from http://www.loc.gov/pictures/item/fsa2000036604/PP/(accessed September 10, 2012).