Paternalism, the controlling of all aspects of an employee's 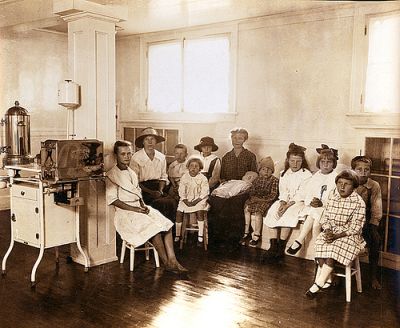 life by the employer, was characteristic of many nineteenth- and early twentieth-century North Carolina mills and factories. The roots of paternalism were evident in an earlier era, when southern slaveholders came to regard taking good care of their slaves as of primary importance. Although partly a humanitarian concern, this focus on slaves' welfare derived mostly from business considerations; sufficient food, housing, medical care, and clothing kept slaves at least outwardly content and enabled them to work more efficiently. This understanding of the importance of the quality of life of one's workforce continued to motivate owners in the tenancy system and later in the creation of mill villages.

Paternalism was the philosophical and fiscal underpinning of many North Carolina cotton mill villages, which were organized as "company towns" to keep workers and their families satisfied and thus loyal and more productive. Paternalistic mill owners also claimed the right to discipline employees. Violators of specific rules and laws were first warned, then fired and made to vacate their house after a second offense. Drunkenness, spouse abuse, sexual immorality, and stealing were some of the most serious offenses, and only a small legal force, usually one man, was needed for the entire village.

World War II essentially brought an end to paternalism, as most North Carolina mill villages and all of their homes, hospitals, libraries, and even community buildings were incorporated into neighboring towns.