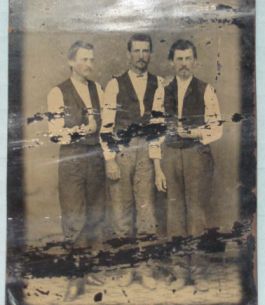 Outlawry, involving declarations issued by the courts against fleeing felons, came to North Carolina as part of English common law. During the Regulator crisis in 1764, a statute replacing common-law outlawry was enacted. It permitted any person, not just an officer of the court, to "kill and destroy such offender" without the threat of prosecution. The law was revised in 1866 in response to the acts of violence committed in Robeson County by the infamous Lowry Band, led by Lumbee Indian Henry Berry Lowry.

Under the 1866 statute, the judges of North Carolina were required to outlaw any person charged with a felony if an affidavit showed that the accused person had fled or evaded arrest. Anyone could file the affidavit, and the judge could unilaterally determine whether the affidavit was valid, whether the felon was dangerous to others, or whether such an extreme measure was inappropriate and unnecessary. Under the proclamation, the public had license to kill an accused felon if the person tried to escape after being ordered to surrender. This law still appears in the General Statutes of North Carolina, although it was declared unconstitutional by a federal court in 1976 and has not been enforced since then.

This statute was repealed in