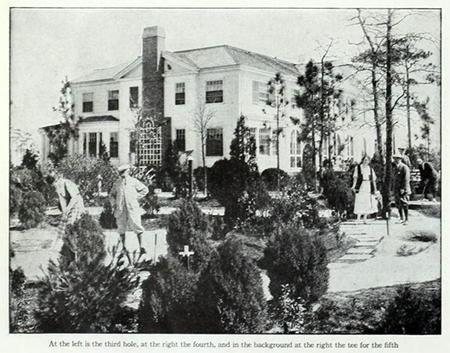 On Saturday January 26, 1918 in Pinehurst, North Carolina, Mr. and Mrs. James Barber gave a garden tea and held a miniature golf tournament for the local ladies of the Advertising Golf League.  According to the following week’s edition of the Pinehurst Outlook which termed the game “Miniature Golf” in its headline, the course could be “negotiated with a well pitched mashie shot, and bends and curves calling for nice and discriminating slices and pulls.”

Like its full-size ancestor, the date and location of the invention of miniature golf remains the subject of debate. The Sandhills golf mecca, Pinehurst, is widely believed by many to be the ancestral home of miniature golf in the United States.

Barber, wealthy New Jersey shipping magnate, built one of the country’s first, if not the earliest, “Lilliputian” golf courses at his Pinehurst home “Thistle Dhu” sometime between 1916 and 1918.  The course was designed by amateur architect Edward H. Wiswell and was located on the west side of the stately mansion amidst its formal gardens. The January 1918 game may be one of the first miniature golf games played in the country. 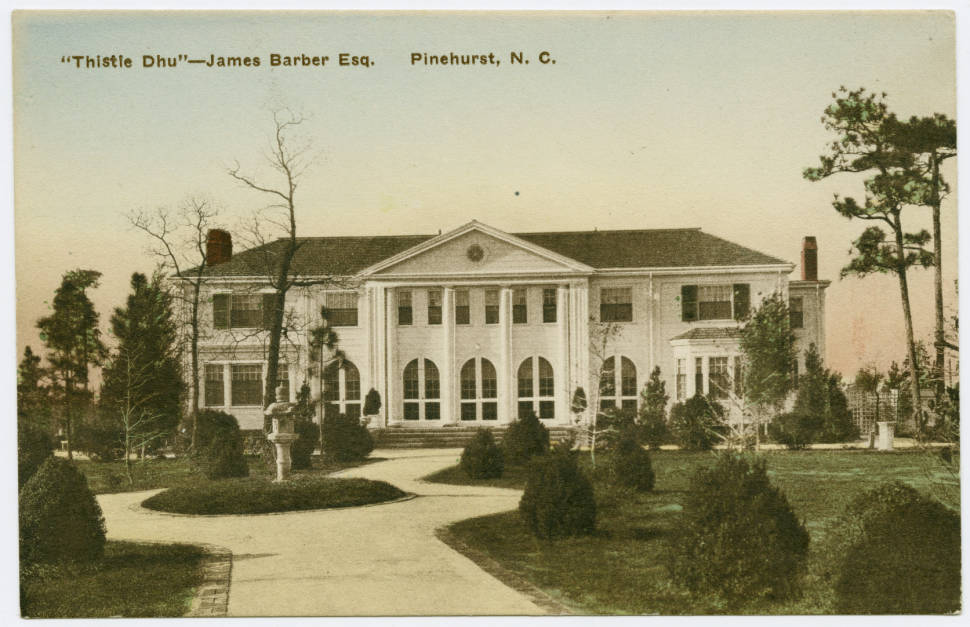