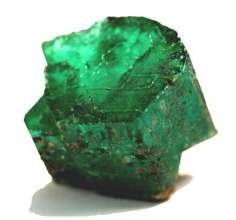 "Nature's sample case" has long been a term applied to North Carolina because of its more than 300 native rocks and minerals, such as iron, limestone, gold, emeralds, sapphires, and moonstones. More than 70 have economic value and about 50 have been mined or quarried in commercial quantities. The North Carolina Geological and Economic Survey published a series of bulletins-begun in 1893 and continuing into the twenty-first century-about geology, mineralogy, and geography, including significant reports on the sources, quality, and conservation of water.

The state proved to be a valuable source of scarce and important natural resources during World War II. With the assistance of the U.S. Bureau of Mines, both tungsten and manganese were discovered, and more than 400 mines of various kinds were opened and operated. A research library was established at North Carolina State University to be of use in identifying, planning for, and preserving the state's mineral resources.