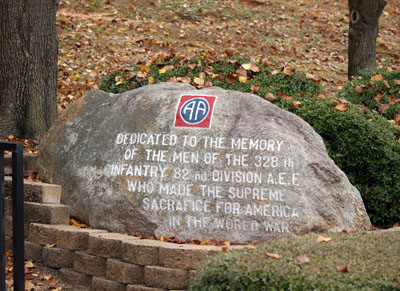 Please dropped the word "Airborne" when referring to the 328 Infantry, 82 Division. The memorial is to a WW1 unit. This was not an airborne division during that war.

Thank you for your reply. I have made the change to the title.