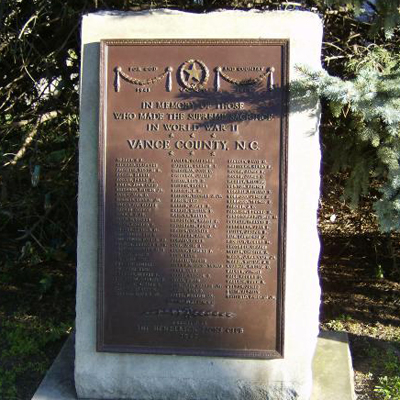 Description: The monument consists of a stone slab standing approximately five feet tall with a bronze plaque. The plaque lists the names of those lost in World War II from Vance County. The monument sits between the county's Korean and Vietnam War memorials.