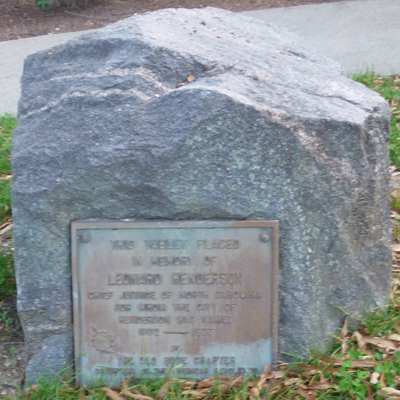 Description: Sponsored by the Old Bute Chapter, Daughters of the American Revolution in Henderson, the marker is a bronze plaque mounted on a small, natural boulder.

Location: The boulder sits in front of the Vance County courthouse, on the south side of the entrance.