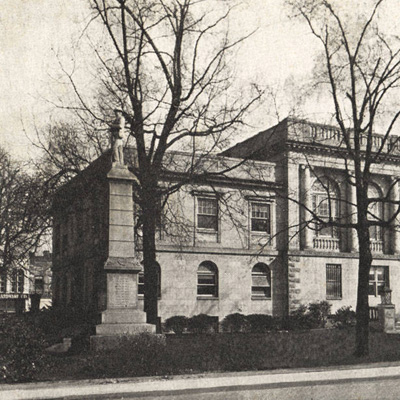 Post dedication use: Commemoration services for Confederate soldiers have occurred since the original dedication. On Tuesday May 8, 2012, services were held in honor of Confederate Memorial Day. The Capt. Charles F. Connor Sons of Confederate Veterans Camp 840 organized the service that was planned to include a wreath-laying ceremony and a speaker.

Landscape: The monument sits in a grassy area in front of the courthouse, with plantings and mature trees. A cannon sits on the left side between the monument and the sidewalk.